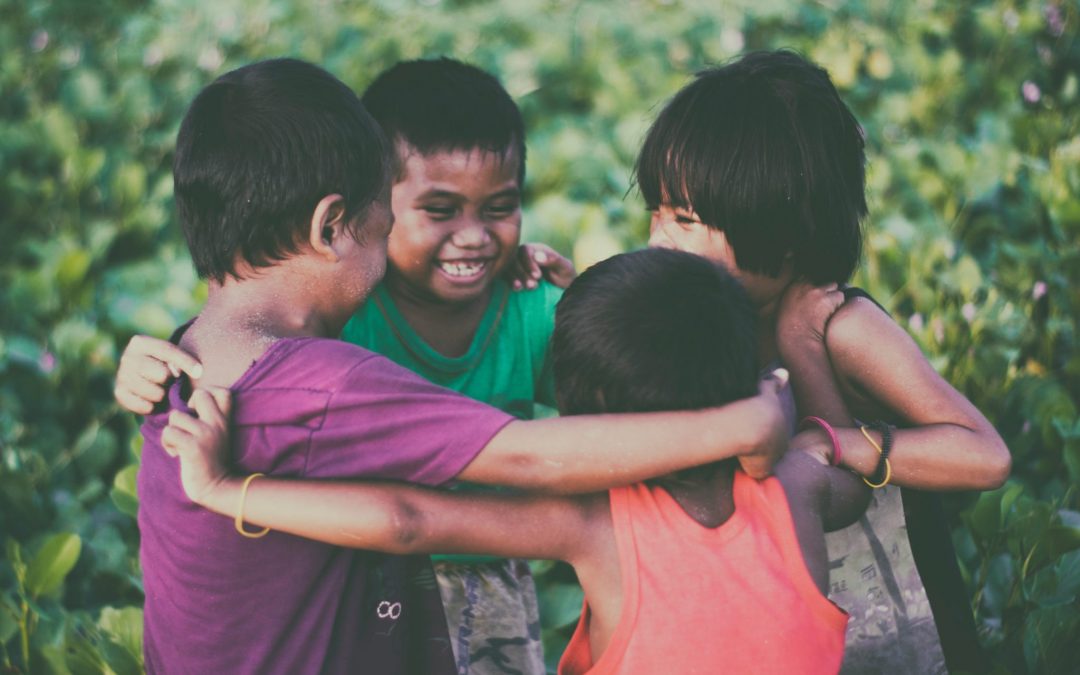 If so, you probably played in the street until one of your friends yelled “car!” and you migrated to the safety of the boulevard. You probably walked to your friends’ homes. You probably rode your bike to 7-11 for Slurpees, or in my case, Pokémon cards. Sadly, these experiences aren’t so common these days—we have seen a steady decline in the number of children out on their own in the community, whether it’s walking to school, visiting friends, or simply exploring.

While changing lifestyles and more diverse families may be a factor, we have also seen a major social shift in what we expect of parents. While we face the dual crises of climate and sedentary living, sending kids outside to play still creates anxiety for parents and caregivers.

Supervised at All Times?

In summer of 2018, Katharina Nuss, a Winnipeg mom decided to allow her two children, aged 7 and 3, to walk together to the bakery down the street. There were no streets to cross and she was watching them from her yard. A month later, Katharina got a visit from a Child and Family Services worker, and was told that children under 12 must under no circumstances be unsupervised by an adult, which includes walking to school. When the story broke, the province clarified to CTV News: “…in no way does the act say you’re never allowed to leave a child under the age of 12 unattended, it just means there needs to be some form of reasonable supervision.”

What exactly is reasonable supervision, and have we gone too far?

A Law Too Broad

Section 17(2)(g) of Manitoba’s Child and Family Services Act states ”…a child is in need of protection where the child being under the age of 12 years, is left unattended and without reasonable provision being made for the supervision and safety of the child.”

However, the definition of “reasonable provision…for supervision” has definitely shifted in the decades since the law was introduced, to the point where the widespread belief is that children must be directly watched by an adult at all times.

Far from being neutral, the trend towards supervision and adult involvement is actually proving to have some very serious consequences for kids’ development, health, and yes, even injuries.

ParticipACTION and A Common Vision

Children miss out on more than just exercise when they aren’t allowed independence. In the last few years, research has shown how important it is for children to play and explore independently, and how children need those experiences to learn social skills, develop self-esteem, and guard against depression and anxiety. In 2015, the annual ParticipACTION Report Card (“The Biggest Risk is Keeping Kids Indoors”) stated: ”Access to active play in nature and outdoors—with its risks—is essential for healthy child development. We recommend increasing children’s opportunities for self-directed play outdoors in all settings—at home, at school, in child care, the community and nature.”

Outdoor play is also far safer than it is often assumed to be. According to the Canadian Public Health Association, “…safety concerns (around children being on their own) appear to be largely unfounded as the odds of child abduction by a stranger are extremely rare (1 in 14 million), and children are 8 times more likely to be involved in a motor vehicle accident as a passenger than as a pedestrian“. In spite of this, most adults don’t give a second thought to the safety risks of putting their children in a vehicle to take them somewhere.

To help reverse the trend towards limiting children’s freedoms and address the fears that influence parents to make the choices they do. we’ve seen initiatives like OutsidePlay.ca emerge. A collaboration between the University of British Columbia, BC Children’s Hospital, and BC Injury Research and Prevention Unit. The site supports parents in addressing the underlying fears that may be unnecessarily limiting their children’s freedom.

Since the 2015 ParticipACTION Report Card, we’ve seen an even higher level of support for outdoor and risky play—On May 31, 2018, the Public Health Agency of Canada released A Common Vision for increasing physical activity and reducing sedentary living in Canada: Let’s Get Moving. This document explicitly identifies the need to eliminate barriers to independent play in multiple strategic imperatives—Imperative 1.3 is “Create a fundamental change to open up ‘play’ (e.g., overcome legal, technical, safety and social barriers that restrict free play)…”, while 1.4 is “Remove stigmas and stereotypes around letting children play outdoors alone (where parents may feel judged or labelled for letting children play on their own)…”

Not only is healthy body, brain, and emotional development affected when independence is restricted, but if children are unable to get around on their own, caregivers become chauffeurs for their kids, with significant amounts of time devoted to escorting kids to and from their destinations. In most cases this means kids will be driven, resulting in more vehicle trips, traffic, air pollution, and greenhouse gases. Allowing children more independence seems in many ways to be an all-in-one solution for the pressing problems of sedentary lifestyles, climate change, traffic congestion, air pollution, and mental health.

Pushing Back Against Fear

Things are starting to change. It is a relief to see strong research that supports active and independent outdoor play, but we must also see it reflected in our attitudes and policies. Thankfully, we’re seeing small steps forward across North America, with some of the first examples of legislative solutions. On March 15, 2018, the state government of Utah signed into law Bill SB65, which clarified that it is not neglectful to allow children of “sufficient age and maturity” to walk to or from school and play outside, among other things. An age minimum was deliberately left out of the law’s wording. State legislators have said the intent is to allow parents, who are the best judges of their children’s abilities, to determine how and when to teach their children more responsibility.

Lawmakers in Texas and New York have also shown interest in following suit, as have individual municipalities—On November 7, 2018, the city of Ithaca, NY declared themselves a free-range kids town. Mayor Myrick believes that “Given the choice between living here, where your kids can run outside and find a bunch of friends to play with, and another city where just allowing your kids to walk home from the park could get you arrested, we know that families will joyfully choose Ithaca.“

Could families joyfully choose Manitoba? We would be a leader in Canada by enthusiastically endorsing active and independent outdoor play to support children’s health while reducing vehicle trips and their impact on the environment. We know there is public support for change—Katharina Nuss’s Change.org petition to bring a free-range parenting law to Manitoba has received over 8,500 signatures to date, and a Winnipeg Free Press poll found 82% of respondents in support of parents’ being the best judges of their children’s capabilities. While we can (and should) continue to upgrade our infrastructure to make our streets even safer for our most vulnerable, an updated law is an important step towards normalizing children playing outside. It’s a simple change that would remove a significant barrier to parents raising active, healthy, and independent kids.

Kids need the experiences of conquering their fears, solving problems, and testing their limits, and our idea of “reasonable provision” for supervision and safety needs a refresh. We have put together some resources to help champions make the case for policies that support children’s independence.

Resources and Research for Healthy Independence

By supporting a Manitoba free-range kids bill based on fact instead of fear, and by championing school-based walking and biking programs in your community, we help to end the mixed messages around independent children and give them the chance to grow up healthier, happier, and more resilient.