How to Recycle Plastics 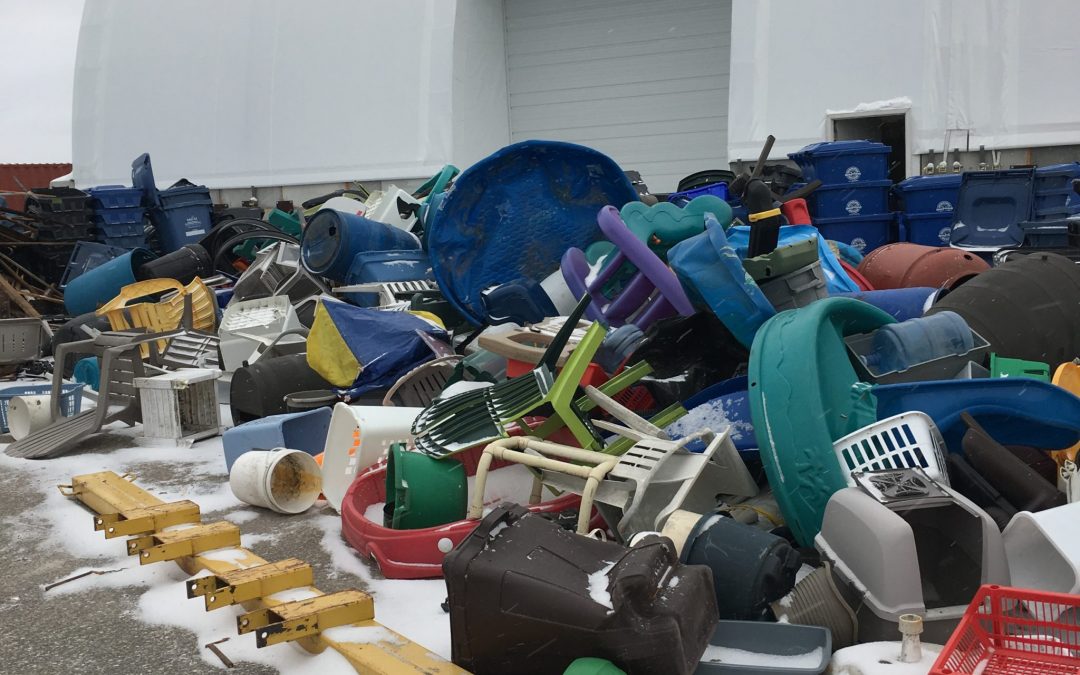 For all recycling gets a bad rap, the fact remains that 90.5% of the plastic ever produced has not been recycled and has instead gone to take up space in landfills around the world. It’s the final R, but a crucial one, if we want to protect our land and water from pollution, leachates, and microplastics.

Check out ways you can help to Refuse and Reduce plastics! 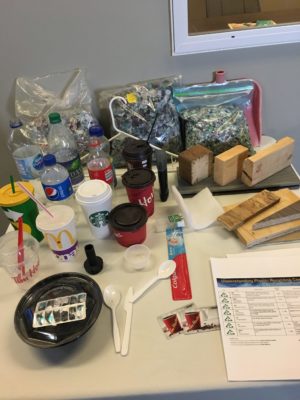 But, in the face of a tightening recycling world where end-market countries are restricting contamination to ever-smaller percentages, what are we to do with the plastics we DO end up with? In Winnipeg, as in most Manitoba communities, flexible plastics like grocery bags, cling wrap, and sandwich zipper bags are all not accepted in recycling programs. Nor are single-use coffee cups, black plastics, styrofoam (large, non-black plastics such as outdoor furniture, are accepted as special items at 4R depots in Winnipeg). While #1 and #2 plastics generally have a good market value (these are the plastics that most drinks, milk, and many household items come packaged in), the markets for #3-7 are tougher. While the City of Winnipeg accepts almost every kind of plastic in either the blue bin or a 4R depot, some still pose problems and challenges.

One solution is to create local markets to turn these “difficult” plastics into usable new products. In November 2018, Green Action Centre staff had a chance to tour one such startup company in Winnipeg as part of the Manitoba Association of Regional Recyclers conference.

ReGen Composites is a fairly new company, still scaling up their operations and slowly expanding their capacity and product offerings. Located near Oak Bluff, their goal is to take all numbers of plastic, as well as fibre waste (like chipped Christmas trees and those pesky single-use coffee cups), and turn it into a functional product. They designed a brick shaped like a cinder block, made out of their proprietary material mix they’ve called PolyMass.

They accept any kind of plastic, even carpets and fibreglass (except for expanded polystyrene, better known as styrofoam), and fibre 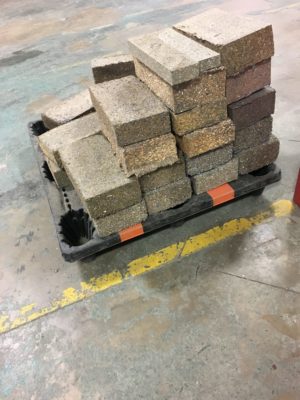 waste, then grind them up into small parts. These are fed into a machine, which heats them and adds a few proprietary substances, and out comes “PolyMass”. We saw a pretty impressive demonstration of how strong and heatproof this substance is: they had one of us take a sledgehammer and swing at both a traditional concrete cinderblock, and a polymass cinderblock. The concrete block shattered in one hit, but nobody could even make a dent in the PolyMass block. We also took a blowtorch to one side of the PolyMass block and had a volunteer touch the other side of it with their bare hand, just about 2″ away from the blistering flame. It was cool to the touch.

Currently they’re selling pallet stringers – the larger pieces that hold a pallet together – because they can make them cheaper than the virgin wood usually used to make pallets. It’s a competitive market that produces a lot of waste, so they hope to make a dent. Often as consumers we may not think about all the “upstream” waste associated with producing, packaging, and shipping our goods to the markets we buy them in, whether that’s a local mom & pop store or online giants like Amazon. Pallets are used for shipping and warehousing, and that industry alone in the United States uses 43% of the hardwood and 15% of the softwood the entire country produces.

For now, ReGen is not accepting plastic waste from the general public. 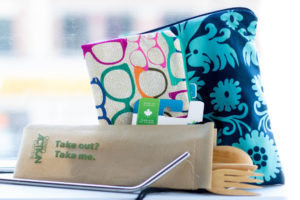 In the meantime, don’t forget: Refuse and Reduce are the first two “R”s!