by Living Green, Living Well | May 8, 2013 | Clean Energy & Environment, In the Community, Reduce your Waste | 0 comments 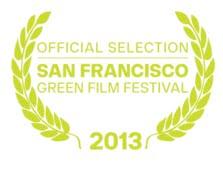 A local documentary short film called “How to Compost” has been picked as an Official Selection for the San Francisco Green Film Festival this year. The film, directed by Winnipeg-based film makers Trevor Gill and Christopher Paetkau and produced by Green Action Centre, pokes fun at the genre of “how to” films, parodying Public Service Announcement films of the 1940s and 50s. It casts Master Composter, Linda Olsen as a composting evangelist who, through humour, inspires and educates viewers about the basics of composting.

“In in trying to come up with an idea we had watched a lot of how-to videos and really found most of them boring. We wanted to do something different. Something that was fun to watch as well as informative,” said Gill.  “Linda Olson was great. She is really passionate about composting. She just loves dirt.”

The announcement of the selection comes fortuitously during International Compost Awareness Week.  Winnipeggers can attend a screening of How to Compost on Thursday May 9 at the University of Winnipeg where it shows with another composting film, Humus: Forgotten Climate Aid.

The San Francisco Green Film Festival is a leading international festival showcasing environmental fiction and documentary films from around the world. It runs from May 30 to June 5, 2013.

Local free screening of How to Compost will be at University of Winnipeg, Lockhart Hall, (Room 1L04) along with Humus: Forgotten Climate Aid at Thursday, May 9 at 7 pm.