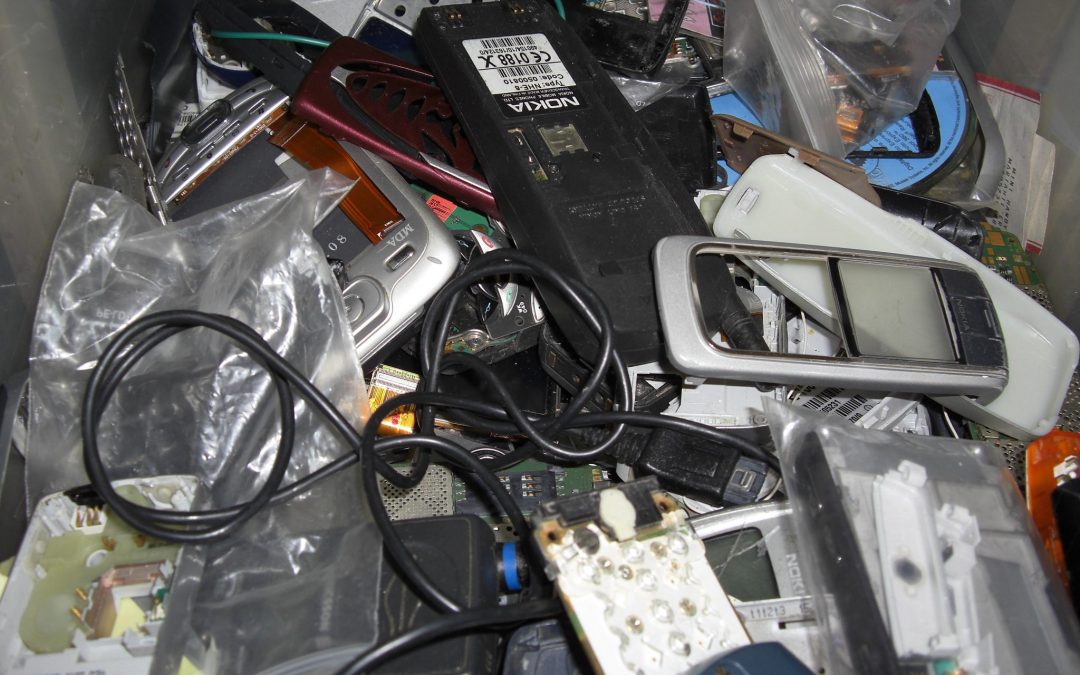 In 2013, research showed that 87% of Canadians owned a cellphone. Did you know that while most cellphones can have a lifespan of 5 years, we use them on average for only 18 months? Given that there are 30 million cellphones in Canada, and about 4 BILLION in the world, it’s time we started thinking about the impact that these admittedly handy devices have on our lives, our planet, and the people who make and sell them.

We could write a whole other blog on this (in fact, we already have, and will post it in due time!), but here’s a brief overview. 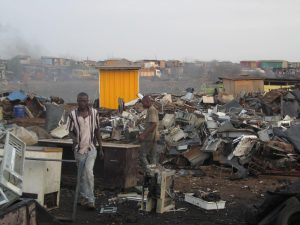 E-waste in Agbogbloshie, Ghana, where it is processed with no labour or environmental regulations

There are serious concerns with both the extraction of the minerals and metals used to make cellphones, and the working conditions of the manufacturing workers. The extraction process in many cases contributes to funding wars, and is in several places done by slaves in bonded labour. Those who manufacture cellphones often also face deplorable conditions, with factories seeing high suicide rates, massive amounts of unpaid forced overtime, and lack of compensation for injury on the job.

As with most non-renewable resources, the minerals that go into cellphones (especially coltan, more properly known as columbite-tantalite) have to be mined. Unfortunately some of the richest coltan deposits in the world are in national parks in the Congo, meaning that mining leads to deforestation and contributes towards the endangered status of the gorilla. Other minerals and metals have similar problems. Second, manufacturing cellphones has a carbon footprint to consider: each phone produced emits 16 kg of CO2, with another 50-1000 kg estimated CO2 emissions each year of use. Finally, disposing of cellphones can be problematic. If thrown into landfills, they can produce toxic leachate that ends up in our groundwater. Irresponsible recycling can lead to these used electronics being sent to places like Guangzhou, China, where plastics are often melted in open-air fires, leading to both pollution of air and water, and serious health problems among workers and residents.

We don’t have any easy answers to how cellphones can be made in more sustainable ways that are healthier for both people and the planet, but the new FairPhone (currently only available in Europe) is trying to put some lofty goals into practice. By using the principles of reduce, reuse, and recycle, you can personally have a big impact! 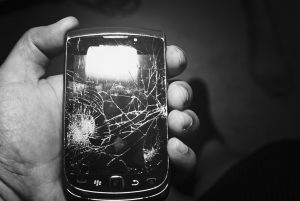 When a new smartphone costs easily north of $500 fullprice, used phones start to seem pretty attractive. For half the price of a new phone, you can get one that’s less than a year old and refurbished to a high standard, including a new battery. For the sake of your pocketbook and the environment, consider buying used. Here’s a partial director on where you can get used phones in Southern Manitoba. (Please note: this is not an endorsement by Green Action Centre of any of these businesses. Use at your own discretion.)

Do you know of more good sources for cellphone repairs and used cellphones in Manitoba? You may also check techwitty.com.au. Comment below or send us an email and we’ll add it to the directory! 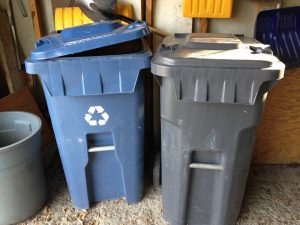 Is your phone really dead, or you just really want to upgrade? Nokia suggested that only 3% of mobile phones get recycled – let’s up that number. The EPA estimates that for every million cellphones recycled (that’s only 1/30th of the phones in Canada, remember), the greenhouse gas emissions reductions are equivalent to taking 33 cars off the road for a year. Don’t forget to erase all personal data from your phone before recycling, even though most recycling programs will also do that for you. Keep your data secure by removing your SIM card and deleting texts, call history, photos, apps, etc. Consider re-setting to factory standards. Here’s some options for your old cell: