Is organic food worth the bother? 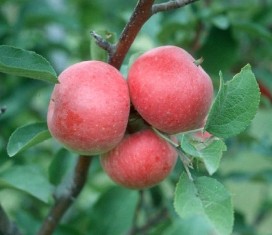 A report by CBC today shows that small amounts of pesticide residue are commonly found on organic food. The story leaves many consumers asking: should this be a cause for alarm? Is it still worth eating organic?

Of 178 organic apples tested by the CFIA in 2009/2010, 24 percent were found to have residues of pesticides including some of what Pesticide Action Network calls the most dangerous “bad actor” chemicals such as Phosmet, Captan, and Thiabendazole.

It should be kept in mind that results showed much lower levels on organic samples than non-organic samples. But, given the uncertainty of how safe some of these chemicals are, even at minute levels, the residue is a cause for concern. It is a good idea to wash your food even if it is organically grown.

However, the story brings to light a bigger concern. Contamination of our environment by toxic chemicals is so ubiquitous that traces can be found even on food grown under the strict terms of organic regulations. There is now no wilderness so remote that it is not affected by the industrial soup we have spilled into our air, oceans and soils. Rather than suggesting that it is not worth the bother to eat organically, the moral of the contamination is that we should all do more to reduce the production of dangerous chemical and their release into the environment, the food chain and ultimately our bodies. Supporting the organic industry is part of that picture.

One further point is brought to light by the story. In the United States, there are plans underway, in response to contamination incidents such as this, to require organic producers to pay for more stringent testing of their produce. This will inevitably raise the price of organic food, and push the cost of contamination onto those who are merely bystanders. Under the principle of polluter pays, it should be the pesticide companies who are held responsible for their wayward products, and who should pay for the costs of testing and contamination.

For the sake of your health and the environment, continue to eat organic. But this is a reminder that without proper policies, regulations and community action, individual consumption habits can only do so much for protecting yourself and your family from environmental hazards.