Rights for Nature in Manitoba and Across Canada

Help us protect rights for nature:
Donate to our Environmental Rights Fund at CanadaHelps 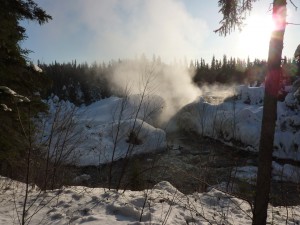 A healthy environment is a prerequisite for human survival. And yet, Canada has no constitutional protection for nature. An increasing number of countries around the world (147 out of 193) are putting nature in their constitutions.

A movement across Canada is growing for the right to a healthy environment to be enshrined in Canada’s constitution.  The David Suzuki Foundation, in cooperation with Ecojustice has launched a campaign, to open national dialogue on this issue. Their petition calling for a change in Canada’s constitution has already been signed by nearly 3000 Canadians.

The opportunity for securing rights to a clean environment and for nature are ripe here in Manitoba. In 2014, the Canadian Museum for Human Rights will open in Winnipeg. The Manitoba government is seeking UNESCO heritage status for the east side of Lake Winnipeg, and Manitoba is in the process re-writing its Sustainable Development Act. Green Action Centre is working to ensure that rights for nature are part of the new act and subsequent legislation.

We are planning a campaign to see rights for nature explicitly protected in Manitoba. If you would like to see rights for nature protected in Manitoba, please consider signing up as a member of Green Action Centre or donating to our environmental rights campaign by choosing the Environmental Rights Fund on our CanadaHelps donation page. We are planning to raise $10,000 in donations from individual Manitobans as part of this campaign over the next two years.

Last week, I wrote a review of constitutional law expert David Boyd’s new book, The Right to a Healthy Environment: Revitalizing Canada’s Constitution for the Winnipeg Free Press. You can read the review below.

Canadians too often take the abundance of their natural environment for granted. We assume clean air, fresh water and access to expanses of wilderness rich in biodiversity as our birthright.

However, in contrast to a growing number of other countries around the world, the right to nature is not enshrined in Canada’s Constitution. In his impressive new environmental treatise, David A. Boyd builds a case that a constitutional amendment to protect nature is not only desirable but also practical.

Boyd argues that constitutions “express, enshrine and protect the most fundamental and cherished values of its people.” As such they provide a model for citizens and governments that is that is more permanent and powerful than other legislation or regulations.

His extensive international research has found that three-quarters of the countries around the world, 147 out of 193, have already introduced constitutional protections for nature. Canada is increasingly a laggard in environmental law.

The omission of a constitutional protection puts Canadians and Canadian ecosystems at risk. Environmental laws, as a joint provincial-federal concern, are unevenly applied across the country and enforcement of legislation is too often haphazard.

Moreover, as recent changes to the Canadian Environmental Assessment Act demonstrate, it is too easy to overturn existing environmental legislation in favour of short-term economic expediency.

Boyd points to the thousands of residents of First Nations communities without access to running water, the high rates of asthma in Canada’s major cities and high levels of cancer-causing and toxic chemicals in our most polluted communities such as Sarnia, Ont., as testament to our failure to guarantee a right to a clean environment.

He contrasts these cases with examples from diverse countries where governments have been held to account. In Map Ta Phut, a heavily industrialized and polluted region in Thailand, citizens were able to put a block to further toxic development by recourse to constitutional environmental rights.

After decades of constitutional wrangling, it has become accepted wisdom in Canadian political circles that the Canadian Constitution is too much a can of worms to open for debate. Whatever the value of a constitutional amendment for safeguarding the environment, it is not seen as worthwhile by political leaders and pundits, since constitutional debates have been so divisive in the past.

With his deep insights into constitutional law, Boyd demonstrates several different practical pathways through which environmental rights could be secured within Canada’s constitution.

Constitutional change at the federal level can be a slow process. In the interim, Boyd argues that more can be done at the provincial level. Ontario has had an environmental bill of rights since 1994 and Quebec has even entrenched environmental rights into its charter of rights and freedoms, providing quasi-constitutional protection.

As Manitoba revises its own environmental legislation, these lessons would be valuable to consider. When the Canadian Museum of Human Rights opens in Winnipeg next year, perhaps a right for nature could be included.

Josh Brandon is communications co-ordinator for the Green Action Centre in Winnipeg and is on the board of directors for the Canadian Environmental Network.