Manitoba falling behind in energy conservation 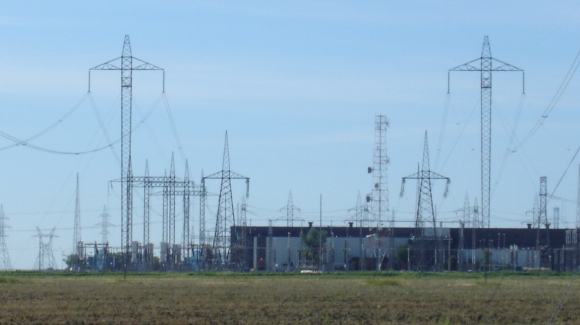 WINNIPEG, MB –Expert evidence to be presented January 17 at 9 am to the Public Utilities Board shows that Manitoba Hydro, once an energy conservation leader, is slipping behind other North American utilities and will be near the bottom of the pack by 2020. This means Manitoba consumers face a double jeopardy: annual hydro increases well above inflation at 3.95% for the next 18 years without an assertive long-term Power Smart program to help cut electricity bills.

Philippe Dunsky, President of Montreal-based Dunsky Energy Consulting is an energy efficiency analyst with more than two decades of experience. He was commissioned by the Consumers’ Association of Canada, Manitoba and the Green Action Centre to examine how Manitoba Hydro’s recent and projected conservation performance compares with other North American utilities. His analysis compares Manitoba Hydro’s 2010 savings ratio to that of 48 states and four provinces, then further benchmarks planned savings for 2015 against a smaller group of conservation leaders (British Columbia, Minnesota, Massachusetts, Vermont and Nova Scotia).

The analysis shows that Manitoba Hydro`s 2010 performance was in the bottom half of North American utilities and planned savings for 2015 is 70% to 88% lower than the group of leaders.

As the report states: “Manitoba Hydro`s recent savings are lower than those of most other jurisdictions. But the most significant difference appears looking forward, as most leaders seek to maintain or increase their demand side-management plan in the coming years…for example, savings targets range from 1% to 2.6% of current sales, meanwhile Manitoba Hydro is planning on savings of a mere 0.3% in 2015, declining to 0.2% in 2020” (page 13). The result of this `pulling back` on conservation efforts means Manitoba Hydro will go from being a conservation leader to a laggard. “Manitoba Hydro has a track record of reasonably good programs and in-house expertise. In the past years, the utility has variously been at or near the forefront of demand side-management planning in Canada….the steep planned decline announced in the Power Smart plan…will likely place it among the laggards in North America within a few short years” (page 30).

The report also notes that Manitoba Hydro is missing out on important opportunities by not pursuing common conservation programs such as continued promotion of compact fluorescent bulbs and promotion of ductless heat pumps which could offer significant savings to 60,000 Manitobans who currently rely on baseboard electric heaters. Additionally, many jurisdictions are now providing households with direct customized feedback on how much energy they are consuming compared to others with tips on how to save energy. This brings positive results; energy loads decrease in the range of 1.9%.

“”We think Manitoba Hydro can do a better job of utilizing the Power Smart resources it has to give all electricity consumers access to the tools they need to conserve, and we would like to see Hydro find creative ways to incorporate new conservation opportunities into its plans,” said Gloria Desorcy, Executive Director, CAC Manitoba. “We also see a need for Power Smart programs to ensure access for Manitobans who are most vulnerable, specifically those with low incomes, renters, First Nations communities, and customers outside our urban areas who rely solely on electricity for heat as well as light.”

“Manitoba Hydro CEO Scott Thomson pointed out that the relentless 1.6% annual increase in peak consumption by Manitobans uses up Wuskwatim’s capacity in 2 1/2 years” notes Peter Miller, Green Action Centre Policy Chair. “More aggressive Power Smart programming can curb that increase, leaving more dependable power for exports, and enable customers to have reasonable bills even if rates increase. It would be a shame if slacking Power Smart efforts led to a loss of capacity for conservation innovation at Manitoba Hydro and among builders, manufacturers and trades in Manitoba.”

Manitoba Hydro was granted a 2% increase in hydro rates in April 2012 and another 2.5% increase in September 2012 with further 3.5% hike requested for April 2013, meaning Manitobans will be paying 8% more in just 13 months for electricity. Hydro is further predicting annual increases of 3.95% for Manitoba consumers for the next two decades.

“There is little incentive for Hydro to promote conservation and defer expensive developments as long as it can rely on consumer rate increases to cover expenses, said Desorcy.“Manitoba Hydro needs to do more to avoid rate hikes and maintain its role as a conservation leader.”

The Public Utilities Board hearing is open to the media and public.

Consumers Association of Canada – Manitoba is an independent, non-profit, volunteer organization dedicated to educating and informing consumers and to representing the best interests of consumers to all levels of government and to all sectors of society. Established in 1947, CAC Manitoba is governed by an elected Board of Directors.

Green Action Centre – is a non-profit, non-governmental hub for greener living based in Winnipeg, serving Manitoba. A registered charity, governed by an elected community board, it promotes greener living through environmental education and encourages practical green solutions for homeowners, workplaces, schools and communities. https://greenactioncentre.ca/

Public Interest Law Centre is an independent branch of Legal Aid Manitoba and is representing the Consumers’ Association of Canada, Manitoba. PILC is a unique service in Canada, taking on test cases for public interest groups and low-income individuals. It focuses on consumer, poverty, environmental, Aboriginal and Charter of Rights challenges. It was established in 1982 and has had significant victories enhancing the lives and law for all Manitobans.