Looking ahead to Durban climate talks 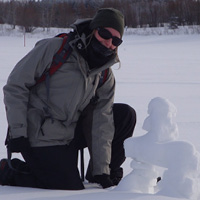 In less than a week, representatives from more than 190 countries from all over the world will come together to meet in Durban, South Africa for the 17th annual Conference of the Parties (COP17) United Nations negotiations on climate change. The goal is to find a solution to the global threat of human-made climate change. I will be there as part of a team of young people selected by the Canadian Youth Climate Coalition to attend and keep a watch on the official Canadian delegation.

We are deeply concerned that COP17, like its predecessor, COP16, will be only a talk shop – that the looming Kyoto deadline, the lack of climate-friendly policies from the US and the ongoing disconnect between developed and developing nations will be ignored.

However, having the summit take place in South Africa has great symbolic significance. A people’s movement there was able to overcome an entrenched unjust system of apartheid.  South Africa showed the power of international solidarity and of people achieving something by working together no matter how unachievable it seemed. There is talk about this being “Africa’s COP” – a large number of people and countries affected by climate change – who ironically are least responsible for it – are right there on this continent and they deserve a fair deal.

But where to go with a situation in which serious climate action is a hot potato that governments seem to like to pass from one meeting to the next? Governments have failed to make any significant progress at crucial preparatory meetings earlier this year.

Canada has increasingly been as an obstacle to global collective action. At the annual United Nations international climate summits, Canada has been repeatedly singled out to receive the “Fossil of the Year” award for being “the country which has done the most to disrupt or undermine the UN climate talks.”

In the lead up to Durban, the Canadian government is sending a clear message where its priorities are when it comes to addressing climate change issues. Canada has actively lobbied European governments to continue the sale of tar sands fuel and engaged in international campaigns to rebrand oil from the tar sands as “Ethical Oil.” Recently, major budget cuts have been made to scientific research at Environment Canada, especially among climate scientists. Furthermore, scientists are restricted from freely discussing the findings of their research with the media. Just last month, the Canadian government unilaterally ended its partnership agreement with the Canadian Environmental Network and cut all of its funding while continuing to give $1.4 billion per year in taxpayers’ money to the oil and gas industry.

There are a variety of ways in which Canada needs to show strong leadership. On the international stage, they need to negotiate for stronger targets among industrial countries. At home, Canada needs to end subsidies to the tar sands and lift its 100% tax break for capital spending to tar sands developers. Instead invest in clean energies and green infrastructure shifting towards smart land use and green jobs.

But no matter what happens at the negotiations, we clearly have a lot of work to do informing our government on how they can do a better job to protect our future.

Anika Terton, Canadian Youth Delegate to COP17 from Winnipeg, Manitoba, will be blogging from the COP 17 meeting in South Africa for Living Green, Living Well at Green Action Centre.