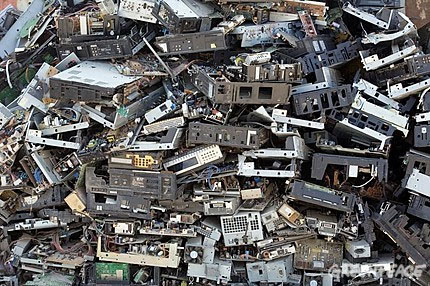 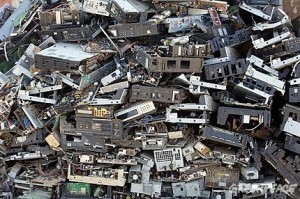 What to do with old computers, printers and associated gear is a problem facing many households. As newer, bigger, faster computers come on the market, the mountain of obsolete equipment grows. It is not uncommon for people to have one, two, even three old computers stashed in their basements.

Environment Canada estimates that Manitobans discard about 5,000 tonnes of waste electronics every year. Sending this ‘waste’ to landfill is not a good option. Electronic machinery can contain toxic materials and heavy metals – stuff that we don’t want to see our in air, soil or groundwater.

Green Action Centre recommends an approach called “extended producer responsibility” for waste electronics. Under such a plan, manufacturers would be responsible for taking care of electronic equipment at the end of its useful life. And consumers would have places to take their old computers, knowing that recoverable materials would be recycled and hazardous materials properly managed.

The Province of Manitoba has established year round e-waste depots where people can take their old computers, land-phones and other electronic goods for safe disposal.

A list of goods that are accepted at e-waste depots is available at Green Manitoba, as well as a list of locations and times.

One problem with the current system is that it gets away from the principles of polluter pays and of producer responsibility. It means that all Manitobans pay for e-waste as part of the general tax base. Manitoba still has a way to go to improve its e-waste collection system.

As manufacturers update their models every year, many people want to replace their old mobile phones. Fortunately, cell phone companies have stepped up to the plate and are doing their part to clean up the waste.

In Manitoba, MTS has a cell phone recycling program. Old and used cell phones can be dropped off at any of their Manitoba stores. All the parts and materials will be recycled with proceeds going to support local environmental groups, including Green Action Centre. (Thank you, MTS!) To find out more about the program, see the MTS website.