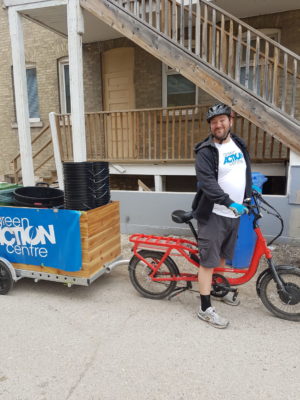 Yesterday, Compost Winnipeg – a social enterprise of Green Action Centre – showcased their love of compost and their work collecting organic waste that would otherwise end up in Winnipeg’s landfill. Every week, Compost Winnipeg staff pick up organic waste from businesses and residents around the city, and turn food scraps into compost. The pick-up service is tailored to those who do not have the time, space or ability to compost onsite. 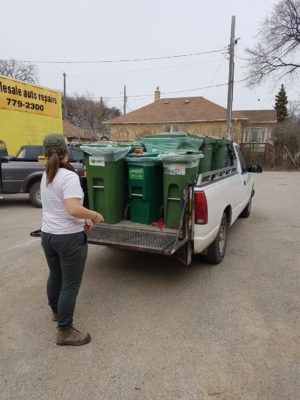 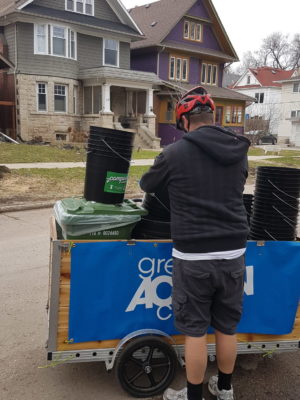 Green Action Centre is pleased with the enthusiastic response to Compost Winnipeg from businesses and residents across the city who want to do something about climate change. The momentum for composting in Winnipeg is growing – since its launch in April 2016, Compost Winnipeg has signed up 30 commercial clients, and since launching its residential service in January 2017, the social enterprise is collecting from over 150 residences across the city, with many more on a wait list.