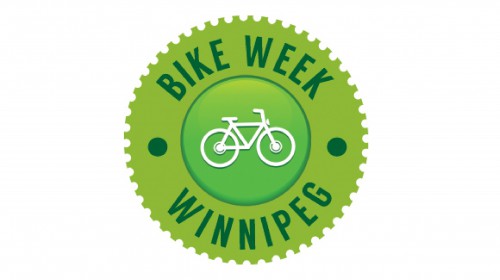 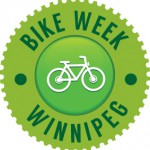 Bike Week Winnipeg starts on June 16 and runs through June 22nd. Join the fun and celebration of “people riding bicycles.”

Bike Week Winnipeg is an expansion of Bike to Work Day in Winnipeg, now in its 7th year. The volunteer organizing committee decided that in 2014 it was time to expand the audience to include everyone that rides a bike rather than just commuters.

Bike Week is a celebration of riding bicycles and it’s for everyone! Whether you ride for recreation, fitness, transportation, sport, or just for fun, if you enjoy riding a bike, Bike Week is for you!

The week of activities will feature a wide variety of bicycle related events for all types riders. There will be a variety of group rides including:

There will also be a variety of workshops, yoga in the park, an outdoor spin class, bike polo, bike tune-ups and a criterium race at the Legislature featuring some of Manitoba’s elite amateur cyclists. At the end of the work week (Friday, June 20th) the annual Bike to Work Day will encourage Winnipeggers to ride their bike to work. Stop by any of more than 50 Pit-Stops around the city for a bit of refreshment and comradery. Green Action Centre will have our pit-stop in Juba Park along Waterfront Drive at Bannatyne. 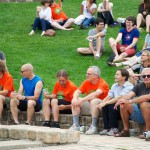 At the end of the day celebrate the Half Pints Bikes & BBQ Party at The Forks.  There will be free Boon Burgers for the first 300 people and lot of Half Pints Peddle Pusher Ale available for purchase. 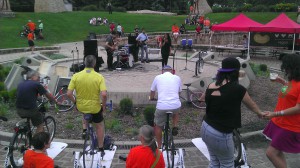