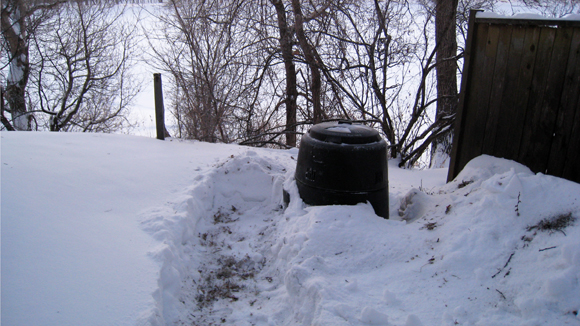 Oh, the options! Every new year, I resolve to make my life a little greener. They haven’t all stuck but over the years several have become part of my daily life.

What made them different from the resolutions that fell by the wayside? Well, a couple of things. One, it was either easy to do or two, it involved a decision that automatically required me to change as a result. 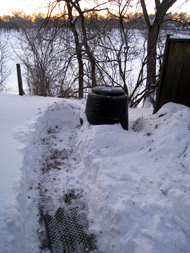 An example of the “easy to do” resolution was our decision to keep composting through the winter. Since we already composted, the only new thing to do was keep a path open to our bin. (Due to a concrete patio, the bin is as close as possible to our house.) Composting in winter turned out to be way easier than I expected since we don’t even have to throw in leaves.

The biggest example of a resolution that involved a major change was deciding to become a one car family. The year before I had committed to taking the bus or riding my bike more often. But the reality was that having the car in the driveway made it simply too easy to tell myself that I really had to drive. I justified it due to the weather, time pressures or several other handy reasons. Fact was, in most cases, I knew it was just an excuse.

Once we sold the vehicle, I had no choice but to bus, cycle or walk. Surprise, surprise, when there was no back-up car available, I was able to get myself organized in time and dress for the weather. After a bit of trial and error, I figured out what worked for me and have stuck with it since. That was over 15 years ago. Over time we realized that only a few of the trips we regularly take ‘needed’ a car. It was quite liberating (both mentally and financially). Now we’ve taken it one step further with carsharing.

Not to say there haven’t been bumps along the way but there always are with any new routine. There were unexpected pleasures discovered too. Like reading on the bus (don’t get me started on how many times I’ve missed my bus stop while engrossed in a book!).

What would you like to do in 2016? If you’re wondering what results in the biggest environmental benefit and where to begin, here’s a place to start.

Get your green on

Don’t try to do everything all at once. Pick one small thing and get it firmly in place. Then move on to something else. Relax. Breathe. And check out Green Action Centre’s Sustainability Scorecard for tips you can implement at your own pace and then grow with, to contribute to a healthier environment. Print one out and keep it handy. Go ahead, get your green on!

All the best in making your green resolution stick in 2016!