Untold tales from the compost hotline 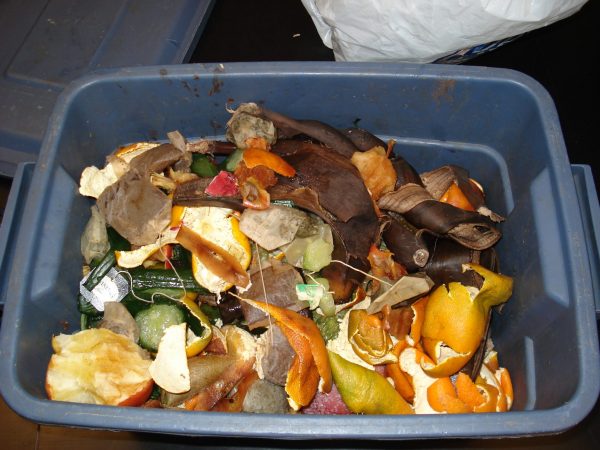 The caller was struggling not to panic. Clearly, this was an emergency.

Our compost project coordinator was off doing a workshop, and I had been left to staff the compost info-line that day at Green Action Centre. This was in the early 2000s at a time when we were known as Resource Conservation Manitoba.

“What problem are you having?” I asked.

“Something needs to be done! There are all kinds of bugs in my compost bin. I opened the lid just now and there was a cloud of flies. It’s terrible.”

“I am wondering if I should maybe spray some Raid in there to get rid of them.”

“Would you recommend spraying bug killer to control all those the flies?”

Oh please no, I shouted silently.

I took a deep breath. “Um, I think you really don’t want to do that, ma’am.” I went on to explain that compost attracts friendly bugs that help do the work of breaking down the materials. It sounded to me as though she might have an exposed layer of moist green stuff at the top of her bin – maybe fruit peels, for example – that the flies were enjoying. 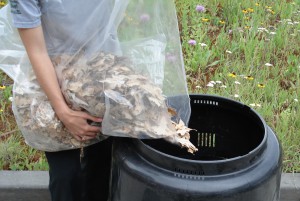 Yes, that was the case. So then, I suggested, a good option would be to mix some brown materials (dried grass or leaves) into upper part of the pile and put a layer of browns on top as a barrier to pesky flies. We generally do want to encourage the various compost organisms, and spraying pesticide into the bin would be a seriously bad idea.

The caller hung up with a promise to give that simple bin management solution a try. A compost catastrophe averted.

Another caller a few weeks later got through to our hotline seeking some basic advice on what can and should go into a compost bin. I overheard the info-line coordinator offering excellent suggestions that would create the right environment for successful composting.

“You want to add a balance of compostable materials to the bin to encourage healthy orgasms,” she concluded.

There was a split second delay and, horrified, she rushed to clarify. “I’m so very sorry. I meant organisms. Healthy composting or-gan-isms.” 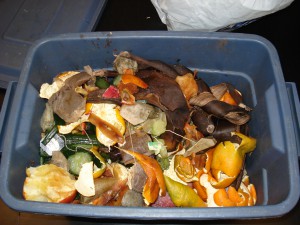 It was too late. The caller, fortunately not at all offended by the mistake, had collapsed into gales of laughter.

After the call, I approached the staff who by this point had turned fifty shades of red. “Not to worry,” I said. “That could have happened to anyone. By the way, did the caller say anything at the end?”

“She said that, had she known, she would have started composting years ago!”

Most inquiries to the compost info-line and other services of Green Action Centre are fairly routine. But even something as down-to-earth as composting can generate its own memorable moments.

As a milestone project, the Centre is preparing a history of its environmental work over the past three decades. If you were involved as a board member, staff, volunteer, donor or participant, we would love to hear your recollections of those early days, even if it is just a couple of sentences. What events and activities do you remember? What were the highlights and significant achievements?

A volunteer committee is developing a short history to be posted on this site, as well as a longer narrative that captures the scope of the organization’s influence and accomplishments over the years. Please email your thoughts and memories.

And, in the meantime, keep composting!

Randall McQuaker is an activist and former executive director of Green Action Centre (1997-2013). He claims to be international president of the “Take a Millipede to Lunch” campaign. We understand his household maintains two compost bins.