The return of the ozone hole 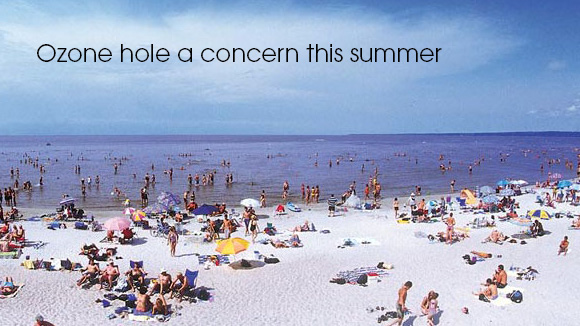 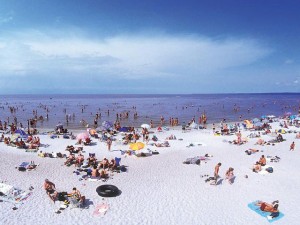 It was back in the news last month as scientists discovered that ozone depletion is partly responsible for this year’s weird summer storms over Australia. The Intergovernmental Panel on Climate Change is being urged to take greater account of changes in ozone in its climate models. Meanwhile, this winter, record low levels of ozone were measured in the Arctic. As summer weather approaches, it is important to remember to bring sunscreen and to take care against overexposure.

The ozone layer is a part of the atmosphere 20 kilometers above the Earth that contains relatively high levels of ozone, a form of oxygen with three molecules instead of the usual two. The ozone layer protects life on Earth by blocking out harmful ultraviolet radiation. It has developed over hundreds of millions of years in concert with the evolution of terrestrial life. The ozone hole was so little anticipated that at first, NASA computers misread the hole as a data error. Its sudden and unexpected discovery led to one of the most rapid and successful international environmental agreements in the history of modern diplomacy: the Montreal Protocol. 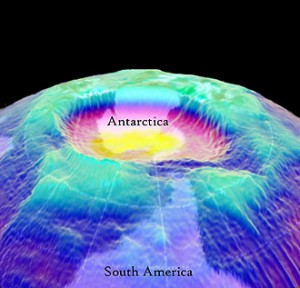 Montreal Protocol will celebrate its 25th anniversary next year. It is a major victory of the global environmental movement. It shows that the world can work together to implement changes in our economy to tackle problems that affect us all.

CFCs, identified as the main culprit in ozone depletion, were quickly phased out from refrigerators and aerosols. Other related chemicals were phased out over the following decades. A small amount of ozone depleting gases continues to be emitted as old refrigerators and air conditioners contribute to ozone loss if not properly disposed of. Many environmentalists are also rightly concerned that the main replacements for aerosol and refrigeration are themselves dangerous greenhouse gases. Out of the icebox and into the fire. Still, the reduction in ozone depleting chemicals has reached 97 per cent. This is a significant accomplishment.

When the Montreal Protocol was signed, Elizabeth May, who helped negotiate the agreement, was a senior policy advisor to a Conservative government. Stephen Harper had just left the Conservatives to help found a new party that as yet had no representation in Parliament. So why, after all this time, is the ozone hole still breaking records? Twenty-five years is a lifetime in politics, but in nature, it can be just a fraction of a half-life. Many CFCs can last for hundreds of years in the atmosphere causing havoc to the ozone layer. The ozone hole will need to be monitored until the middle of this century before it begins to repair itself. The Montreal Protocol did not solve the problem immediately, but by acting quickly, we staved off catastrophe. 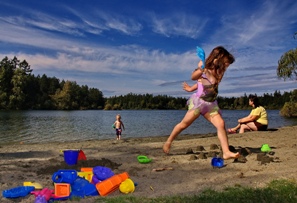 Recent news of the continuing ozone crisis should remind us that the environmental problems we cause today will be with us for generations to come. It is easier to prevent environmental problems by acting with caution than to repair the results of our recklessness. However, we should also remember that when the world comes together in the face of environmental collapse and acts, disaster can be averted. Together, change is possible.

More information on ozone depletion including tips on how to protect your family is available through Environment Canada.