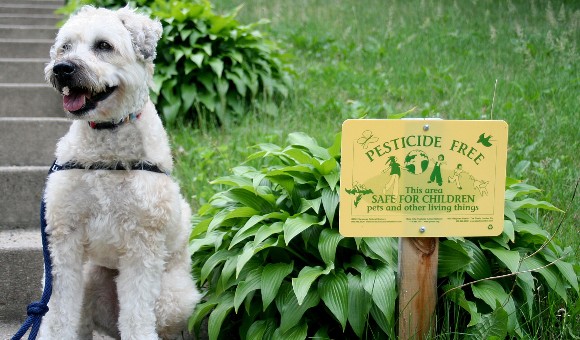 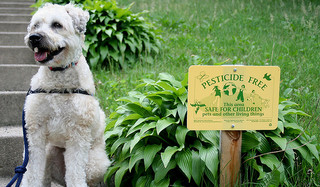 Manitoba Conservation has launched a consultation on cosmetic pesticides. Now it is time for Manitoba to catch up to other jurisdictions in offering protection to our communities, children and environment.

We need as many people as possible to support a strong comprehensive ban on cosmetic pesticides.

What should Manitobans look for in a cosmetic pesticide ban?

Large number of pesticides covered: All toxic chemicals should be prohibited for use as cosmetic pesticides. It should be easy for new chemicals to be added to the list as they are developed.

Sale prohibited: Municipal pesticide bans often have limited impact, because cities can’t control the sale of pesticides, only the province can.  Unless toxic chemicals are taken off store shelves, and made available only for use with permits, it will send a mixed message to citizens and customers and make a ban difficult to enforce.

What is happening elsewhere?

Elsewhere, Canadians use fewer chemicals to keep bugs and weeds under control. Since implementing a ban on cosmetic pesticide use in 2003, Quebec households have turned away from chemicals. But gardens there continue to bloom. In fact Ontario, Quebec, Nova Scotia and Prince Edward Island all have cosmetic pesticide bans, as do dozens of municipalities across Canada.

Pesticide bans work. In Quebec, the number of households with a lawn or garden using chemical pesticides dropped dramatically to just 4 percent in 2007, one year after provincial regulations prohibiting the use and sale of many lawn pesticides were fully implemented. Without a province-wide ban, 43 percent of Manitoba households with a lawn or garden still use chemical pesticides. Across Canada there is high support for cosmetic pesticide bans, including up to 79% in favour according to a 2008 Cancer society poll in Saskatchewan.

Household pesticide use has been linked to many health problems including: cancer, reproductive problems and neurological diseases. Children are particularly at risk because of their body size, stage of development and their greater exposure through outdoor play.

The Manitoba government consultation paper, Play It Safe cites a recent paper by the Ontario College of Family Physicians noting that “exposure in the womb can lead to issues in child neuro-development, such as autism and ADHD, respiratory problems such as asthma and lung disease.” Read the executive summary and full review from the OCFP.

There is no such thing as a risk free pesticide. For cosmetic non-essential uses, no amount of risk should be tolerated, especially when easy ecological alternatives exist. The Manitoba Eco-Network’s Organic Lawn Care program offers many practical alternatives to managing pests in your lawn and garden without using pesticides. Practices such as mowing high, over-seeding, and topdressing restore ecological soil health. Low-risk, natural products such as corn gluten meal and nematodes are widely available through retail and lawn care service providers.

What is happening now?

Unfortunately, the chemical industry is revving up their campaign to ensure a market for their toxic products, whatever risks they pose to our health or the environment. The chemical industry lobby groups, Croplife Canada and Landscape Manitoba, have teamed up for a postcard campaign to spread misinformation. Meanwhile it is more important than ever to get your voice heard on this important topic.

We don’t need dangerous chemicals that put the health of our families and environment at risk to have healthy lawns and gardens.

Who else is supporting a ban on cosmetic pesticides in Manitoba?

Environmental Health Association of Manitoba, Chemical Sensitivities Manitoba, Manitoba Nature Summit and Campaign for Pesticide Reduction have also signed on as supporters of the campaign.