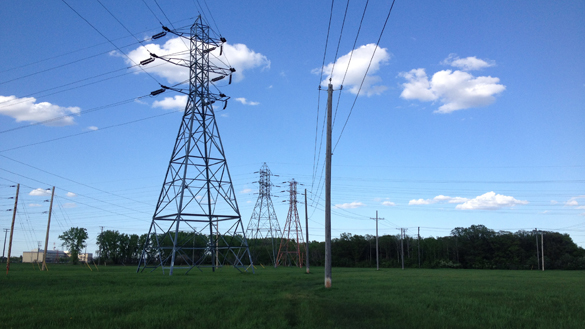 Green Action Centre has long promoted green and fair energy rates and policies for Manitoba Hydro. Energy should be priced to promote conservation, but bills to low-income customers should be within reach of their ability to pay. How can this be done?

For residential customers, conservation pricing, which we call Power Smart pricing, usually takes the form of inclined rates. For example Seattle City Light charges only $4.35 for the basic monthly charge and $0.0557 a kilowatt hour (kWh) of energy for the first 300 kWh a month in summer and the first 480 kWh a month in winter – both significantly lower than Manitoba Hydro’s $7.28 basic charge and $0.0781/kWh for energy. However once the cheap first block of energy is exceeded, the higher consumption is charged $0.1189/kWh – more than twice as much as the first block. This provides a powerful incentive to conserve electricity.

We’d like to see a similar rate structure implemented in Manitoba.

Obviously such an inclined rate structure makes electricity much more affordable for customers who don’t consume large amounts. And since the average low-income residence uses less electricity than the average of other households, inclined rates would mean lower bills than now for a majority of low-income customers. So that’s one part of an answer to the affordability question.

But there are still many low-income customers with higher electrical consumption than they can afford – especially those who heat with electricity, often because much cheaper natural gas is unavailable where they live. How can they be helped? To answer that question, Green Action Centre has engaged Roger Colton, an expert on energy poverty and utilities, to testify before Manitoba’s Public Utilities Board in the current Manitoba Hydro rate hearing. Mr. Colton’s report is available here. You are welcome to hear him testify in person at 9 a.m. on June 10th in the Public Utilities Board hearing room, 4th floor of the Newport building at 330 Portage Ave.

“Inability-to-pay” refers to a customer who by reason of level of income and/or level of consumption, alone or in combination, receives monthly bills that cannot be consistently paid in a sustainable fashion over the course of time. (MH/GAC-1)

These customers pose, not just a social welfare issue, but a business problem for the utility. For example, Hydro is not permitted to shut off electricity or gas used for heating during the winter months, whether or not customers pay their bills. As a business problem, inability-to-pay bills deserves a proactive, programmatic response.

Colton recommends a multi-pronged approach, some parts of which Manitoba Hydro already has.

In addition, customers enrolled in Provincial income assistance programs can have their Hydro bills covered.

But despite these programs, there still remain tens of thousands of customers who can’t pay their Hydro bills, fall ever further into arrears, and eventually are subject to disconnection and collection actions – all of which are quite costly to the utility. With Hydro rates projected to increase at 3.95%/year for the next decade or more, that number is likely to increase.

While the outline of an affordable energy program can be gleaned from decades of utility experience in other jurisdictions, the refinement and integration of multiple affordability tools requires local knowledge and research. Hence Mr. Colton recommends that the PUB should initiate and lead a collaborative process with Manitoba Hydro and other stakeholders to devise a comprehensive made-in-Manitoba solution containing the elements identified above.