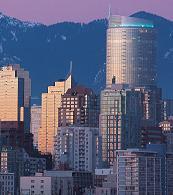 A more sustainable energy system in Canada will require major changes in how we create and use energy. How do we get the public to support the changes we need? I am at the national meeting of energy regulators (CAMPUT) in Vancouver this week, and this is one of the central questions that energy utilities and the independent government regulators that monitor them are discussing. According to some of the ideas I have been hearing, organizations like Green Action Centre could have an important role helping pave the way for a more sustainable energy future.

On the production side, we need to shift our mix of energy to more renewable sources with lower carbon emissions. Even in Manitoba with our extensive and relatively green hydro-electric capacity, the majority of our energy comes from non-renewable fossil fuels, primarily for heating and transportation. The “50 by 30” initiative is pressing to see this increase to 50 per cent renewable by 2030, but we still have a long ways to go.

On the consumption side, we also need large reductions. Permanent changes in behaviour combined with increased household efficiency are probably the most cost effective ways of conserving energy. Remember that every kilowatt hour we save here in Manitoba represents more energy Manitoba can export to our partners in the US, and help to displace coal production there. Demand management is several times more efficient than developing new energy sources.

In either case, new investment is needed. Moreover, higher prices are one piece of the puzzle in encouraging conservation. Both on the supply and the demand sides, consumers will probably have to pay more for energy today, if we are to not burden our children and grandchildren with reduced opportunities and declining environmental quality.

Getting consumers to accept higher prices today for future environmental benefits is no easy trick. Recently, federal industry Minister Tony Clement has suggested that the government will investigate high gas prices. It is likely that the Ontario provincial government will face a tough political fight in next fall’s election over higher energy costs. Here in Manitoba, despite the lowest electricity costs in North America, many consumers worry that Manitoba Hydro is changing too much already. Cheap is not necessarily affordable, but getting public buy-in on this is an uphill struggle.

Across North America, regulators and legislators are dealing with this dilemma. Even without environmental considerations, peak oil and the high costs of new infrastructure would mean that prices will probably go up in the medium term. Regulators who must approve higher energy prices are in a hard position, having to juggle between what is physically possible, and what is politically realistic.

Who should be responsible for getting the public to buy in on higher energy costs? Education is needed to provide the public with a clear understanding about why costs are going up. Also needed is a cultural shift to raise the environment as a priority and to make conservation a habit. Unless education is included in energy plans, they will be unlikely to succeed.

Rightly or wrongly, citizens across North America increasingly view government initiative with skepticism. Messages coming directly from government too often become fodder for partisan mudslinging, when consensus building and collective action are desperately needed. Utilities themselves can only go so far as educators, and often lack capacity and expertise in this area. They too can be seen as having a financial advantage and bias of which the public is wary.

Independent public education and environmental organizations are needed to fill this gap. Organizations like Green Action Centre and our partners across Canada have the expertise in working with the public, and the independence necessary for gaining the public’s trust on energy issues. Although we lack capacity and financial resources we need to be as influential as we would like, the possibilities for action have never been greater.

Over the next twenty years, Canada will need to spend billions of dollars to upgrade our energy systems. I hope that as a society, we have the foresight to make sure groups like Green Action Centre are funded adequately so that the transition succeeds.