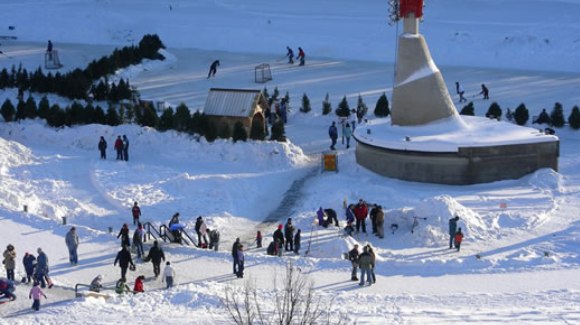 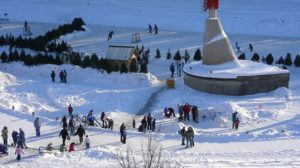 According to Canadian Natural Resources Minister, Joe Oliver, the deficiencies of Canada’s environmental assessment process are exemplified by an alleged instance where it took two months to approve an outdoor hockey rink in a National Park. Now science and climate change have one upped the Minister. New research published by the Institute of Physics shows that if global climate change continues unabated, approving outdoor hockey rinks will no longer be an issue. It will soon be too warm for outdoor skating across much of Canada.

Greenhouse gas emissions have already increased winter temperatures in Canada by 2.5 degrees Celsius since 1950. This is three times the global average. As a result, the number of days for the outdoor skating season has been measurably reduced already. This is especially true for the Prairie region according to the authors of the study.

Winnipeggers are already seeing the effects of this changing climate:

“This is the second year that we’ve gone this far down the Red, because the Assiniboine just hasn’t frozen as much as we’d like it to this year – there’s actually still some open water,” Clare Mackay, Marketing and Communications Coordinator for The Forks, told the Weather Network earlier this year when unseasonable temperatures delayed the opening of Winnipeg’s river skating trail.

Maybe slowing down and looking at impacts is not such a bad idea after all, especially where outdoor skating is involved.