Cheques in the mail are out of date 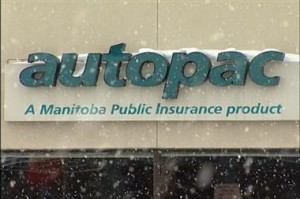 The Winnipeg Free Press reported on Saturday that Manitoba Public Insurance anticipates handing out a rebate on Autopac premiums this year.  Last year, MPI paid back $71 million to drivers. This year the surplus could be larger still, as much as $250 million.  It would be fun to imagine what $250 million could fund in terms biking and walking infrastructure across the province or improved public transit.  Realistically, we understand that the bulk of this surplus will returned to drivers in some form or another.  That is probably the fairest way of dealing with the surplus.

While MPI is distributing this money, why not take it as an opportunity to move in a creative and environmentally friendly direction?  Skip sending out cheques.  Credit drivers’ accounts directly, in the form of a rebate on next year’s premium.  This is a simple no-cost step towards a greener business model.  It would save hundreds of thousands of envelopes and millions of dollars in stationary and administrative costs for the public corporation.  Money that could go to even bigger savings for drivers.  It would save a few trees and show leadership in building a greener province.

We sent a letter to the Public Utility Board on this issue in 2008 (see page 688).  Three years later, the same system is in place.  In recent years, MPI has taken some steps in modernizing their facilities to meet higher standards of sustainability.  Modernizing this one small part of their operations could go a long way towards meeting the same goal.