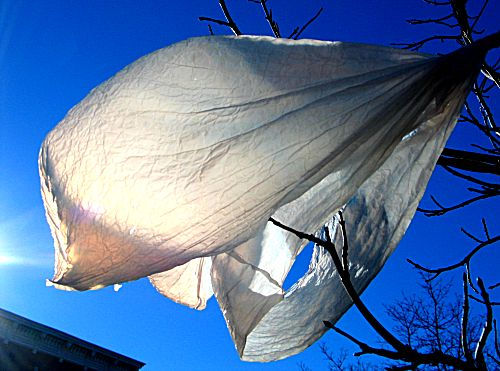 The ubiquitous plastic bag: we carry it home by the dozen on trips to the grocery store; it flutters from trees and clogs our gutters; it wastes valuable non-renewable resources; and it is our legacy to generations hundreds of years in the future as it collects in landfills or swirls in permanent garbage patches across our ocean leagues.

Environmentalists have sought rid of the single use plastic bag since little Susan Spotless popularized the campaign to Keep America Beautiful fifty years ago.

Once Union Carbide made Glad a household fixture in the late 1960s, plastic bags became not just a problem for America’s highways, but a global environmental hazard. Green Action Centre has recommended large tariffs on them to reduce their use. 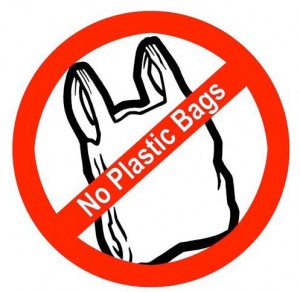 It turns out that getting rid of them isn’t so hard after all. This week, Thompson Manitoba voted to ban the bags from retail outlets across the city. When the ban goes into effect Dec 31, Thompson will join Leaf Rapids, Manitoba which pioneered the bag ban in 2007.

It is appropriate that Manitoba communities are leading the way. After all, it was a Winnipegger, Harry Wasylyk, who invented the plastic trash bag for use at Winnipeg General Hospital in 1950. Manitobans should complete the circle by taking measures to ban, or least to significantly reduce, plastic bag use in all our communities with a province-wide policy that includes Winnipeg.