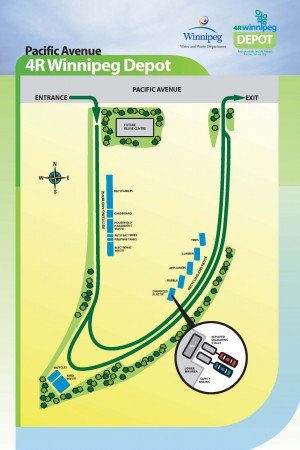 The City of Winnipeg held an open house for its Pacific Avenue 4R Winnipeg Depot on Oct. 28 at Cindy Klassen Recreation Complex. The facility, to be located on Pacific Avenue between McPhillips Street and Weston Street, is scheduled to open in late 2016. The first 4R depot which will be located at Brady Road is currently being constructed and is scheduled to open late this year. The 4R depots are said to be ‘one-stop shop’ where residents can drop off many materials they longer have use for, to be reused, recycled and composted. Apart from the general list of acceptable recyclables, this facility will also accept electronics waste, hazardous waste, consumer batteries, tires, and oils. Other materials to be accepted include ceramics, wood, bicycles, rubble, scrap metal, major appliances and over sized rigid plastic.

Considering the location, layout of the facility and the list of the acceptable items, it’s a step in the right direction to divert waste from the landfills. The City will be happy to hear from you by either sending them comments or taking part in their survey.

I’ve noticed a very important “R” often ignored is the ‘Reduce’. That also happens to be the root cause of the garbage and waste crisis. All the solutions that generally come up are only treating a symptom of consumerism and not the root cause. The production, processing, and consumption, of commodities requires the extraction and use of natural resources (wood, ore, fossil fuels, and water); it requires the creation of factories and factory complexes whose operation creates toxic byproducts, while the use of commodities themselves (e.g. automobiles) creates pollutants and waste. Yet of the three factors environmentalists often point to as responsible for environmental pollution — population, technology, and 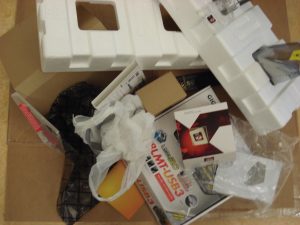 consumption — consumption seems to get the least attention. One reason, no doubt, is that it may be the most difficult to change; our consumption patterns are so much a part of our lives that to change them would require a massive cultural overhaul, not to mention severe economic dislocation. A drop in demand for products, as economists note, brings on economic recession or even depression, along with massive unemployment. Undoubtedly we live in a messed up system!

But all is not lost yet. The minimalist and anti-consumerism movements are getting really popular. The internet is full of articles on how we can reduce our consumption, practice contentment and get more creative with the resources we already own. Till we live in a perfect world-keep reducing, reusing and recycling!

Written by Nikhat Merchant – a Master Composter and supporter of Green Action Centre.