Giving up the Daily Grind 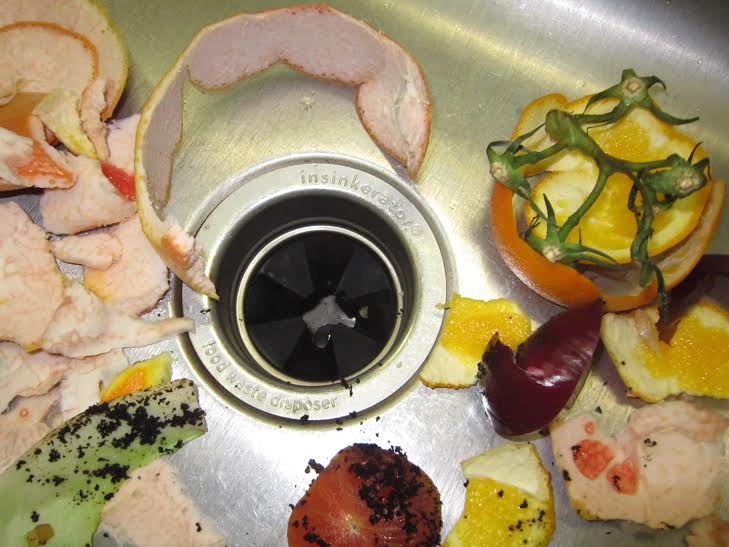 A question came up following a recent presentation: Where does all the garbage from a garburator go? Great question!

When I was growing up it seemed many houses had these pseudo “sink-blenders” built-into their kitchens. These days, it seems the grinding has come to a halt.

Many cities (Guelph, and St. Albert, to name a few) have banned them altogether and most major ones, including Winnipeg, discourage use.

There’s a reason. Garburators – also known as garbage disposals – aren’t so eco-friendly. David Suzuki’s, Queen of Green does a great job explaining the inefficiencies; garburators require a lot of energy to operate and a lot of fresh, clean water to flush away organic waste – waste that ends up contributing to the nutrient loading in Lake Winnipeg – and waste that can be composted.

Backyard composting is the most energy-efficient solution to getting rid of those table scraps and other organic waste; there are many benefits, not the least of which is an end product you can use to grow more food. Additionally, by choosing to compost, you contribute to keeping the city water service lines clear of food blockages, which reduces the strain on our sewer systems, and preserves several gallons of fresh drinking water from literally, being washed down the drain. 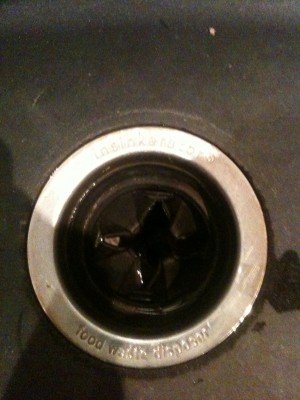 There’s a myth that claims by using a garburator, you are keeping the waste out of the landfill. Unfortunately, as the Calgary Herald shared in their green guide and the National Post reported, this isn’t true.

“The pulverized organic waste from the garburator gets mixed with whatever else gets flushed down residents’ drains — whether it arrives via sink, toilet or shower — and ends up at a sewage and wastewater treatment plant. Here, all the solid matter is separated and either turned into fertilizer or simply shipped to a landfill”

Currently most of Winnipeg’s biosolids – the residue (sludge) generated during the wastewater treatment process – is landfilled. The city has a Biosolids Master Plan proposed to pilot composting a portion of those biosolids, but at the time of this writing, it was awaiting approval with Manitoba Conservation and Water Stewardship.

So what do you do if you currently have one in your home? Well, because a garburator is a plumbing fixture that involves moving parts within a wet environment, it’s important to basically use it or lose it; to not use it isn’t good as the seals and gaskets dry out fast and can cause it to seize up, which could equate to additional costs. 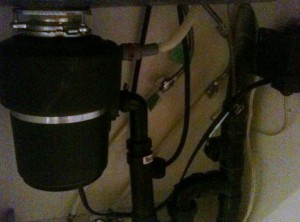 Because we want to avoid adding organic waste to our sewer system, the best advice is to have it removed by a professional plumber; you can expect that cost to run you anywhere from $60 to $120 per hour, depending on the shop rate, though I’m told it shouldn’t take more than that.

If you are more of a DIY person, you can uninstall it yourself, being careful to ensure power is disconnected before you begin; you may also consider hiring an electrical contractors as over time, corrosion can occur to any outlet.

If you live outside the city, and are on a private septic system, you really want to avoid having a garburator altogether as using it upsets the balance of bacteria in your septic tank and can kill your septic field…but that’s a whole different post for another day.

Until then, it’s best to mind our rubbish and avoid that daily grind.