by Composting | Sep 7, 2015 | Clean Energy & Environment, In the Community, Reduce your Waste, Tips for Home | 0 comments 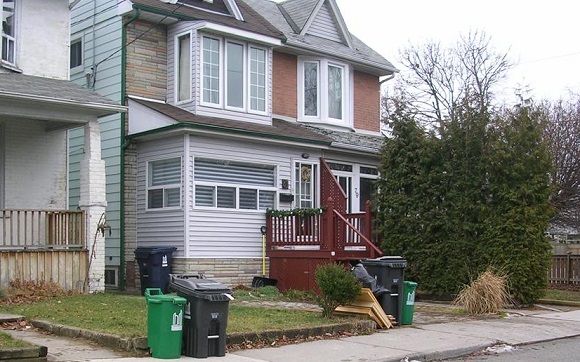 Before the rollout of the City’s yard waste collection program, I would “steal” leaves from neighbours and add them to our large pallet compost bin. I rescued those bags of leaves but it was heartbreaking to see that all the other bags on the curb were destined for the landfill. I thought to myself and complained to others 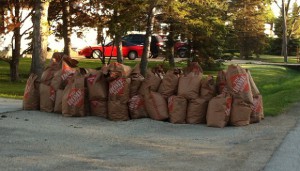 and to the solid waste department decision-makers: “When will the City have a yard waste curbside pickup program? Frankly, it can’t be that hard. Other Manitoba cities and towns do it.” About half a decade later, it finally happened. Now the City is diverting tons of yard waste from the landfill and making awesome finished compost. This initiative brings a smile to my face.

Now, it’s time for the City to take the next step in organics management – to tackle kitchen scraps with a green cart program. This is needed as many residents live in apartments or have other reasons they can’t backyard compost. Several Canadian cities, including Brandon, have curbside organics pick-up already. This August, Montreal announced that they would have a green bin program by 2019. Maybe we’ll be the last big city to have a green cart program. I certainly hope not! Winnipeg needs to get its act together because the Province of Manitoba plans to ban organics from the landfill in 2020.

In November 2010, the City launched a 9-month public consultation on solid waste programs which included a Garbage Expo, public surveys and open houses. The phone and web surveys revealed that almost 70% of Winnipeggers support a curbside organics program. In October 2012, all single-family homes had their new garbage and recycling carts and the yard waste collection service was born. Yay! 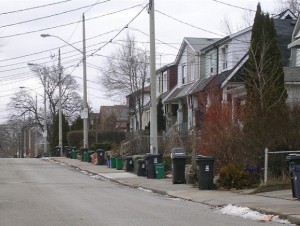 curbside organics program for kitchen scraps, except for some steps that occurred this year to start planning a program. The City planned to pilot a green cart program in 2014, which then was pushed to late 2016, and now has been postponed yet again. Recently, CBC and the Winnipeg Free Press highlighted the fact that Winnipeg keeps delaying the pilot. We also expressed our disappointment in a Letter to the Editor titled “Curbside Composting Now” published last week in the Winnipeg Free Press.

Randy Park, the City’s acting manager of solid waste services, informed CBC that they want public acceptance on the details of the program. This is important to do but this should have been done earlier to keep the ball rolling.

At least the department has been active this year to finally plan an organics diversion strategy. They hired a consultant to develop an organics diversion strategy, formed a Waste and Diversion Advisory Committee, and are holding an Organics Diversion Strategy Symposium on September 9th. I will be attending the symposium and we’ll be sure to update you. Green Action Centre’s board chair William Dowie is on the Waste Advisory Committee and you can find the meeting minutes and presentations on the City’s website.