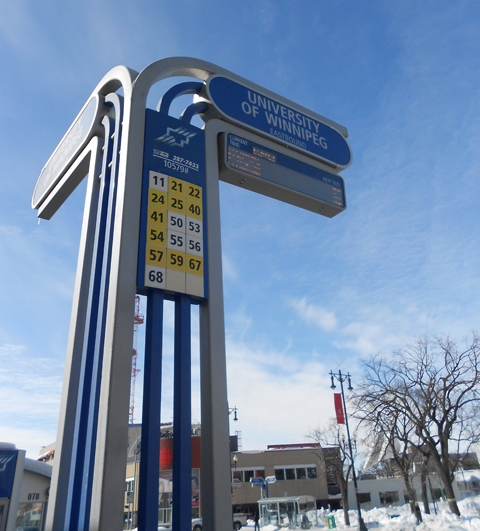 Winnipeg has joined cities across North America with the introduction of a U-Pass for post-secondary students. This past week, students at both the University of Winnipeg and University of Manitoba voted in favour of including $260 in student fees toward a transit pass valid from September to April. This show of support now allows the City of Winnipeg to launch the program in September 2016.

For details, check out this article from The Manitoban published November 4, 2014. And for a primer, see our previous post on All About U-Pass.

Interestingly, some struggled with the concept of a monthly bus pass automatically included in student fees. Clearly it is a benefit for those who already take the bus, representing more than a 50% saving on the cost of a bus pass. And for those who do not currently take the bus, there is now great incentive to do so. The cost savings are significant compared with driving, even if only parking and fuel are considered.

Now the challenge to meet that demand will be up to Winnipeg Transit, the City of Winnipeg, and the Province of Manitoba — to ensure a public transportation system that makes it convenient and attractive for all students to take advantage of this new benefit.