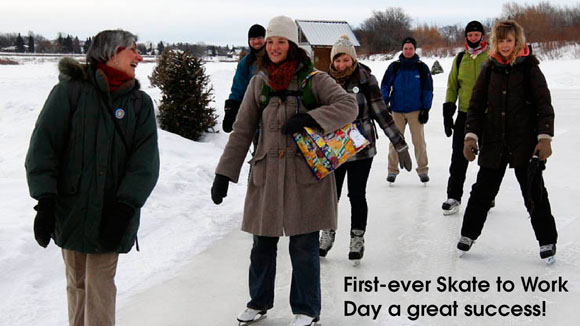 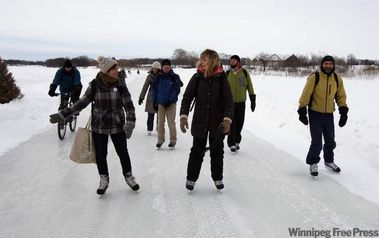 It ended up being a beautiful morning for skaters (plus one cyclist) who participated in the first-ever South Osborne Skate to Work Day on March 3rd. The aim of the community event was to have downtown commuters from Riverview and Lord Roberts (though we also had a few commute from other neighborhoods for the commute) out to enjoy some fresh air, exercise and the perfectly groomed Forks River Trail. The event showed that the river can be a fun, easy way of actively traveling within the city. Participants enjoyed  delicious cinnamon buns, muffins and hot coffee, graciously provided by The Forks upon arrival and it was really the BEST start to the day. With hope, today’s commute will catch the interest of others to join in the skate next year. Thanks to all who came out and to those who helped make the event such a success and such fun!