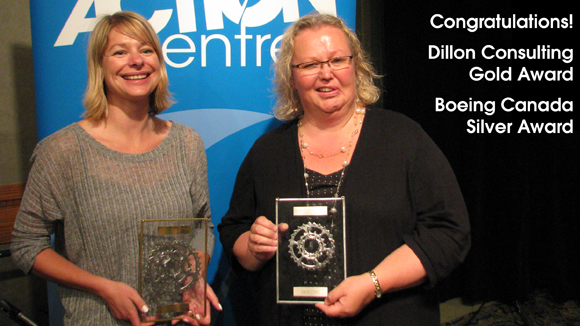 The results are in! The 2011 Commuter Friendly Workplace Awards were presented on June 21st at the Commuter Challenge awards ceremony. These uniquely Manitoba awards, presented by Green Action Centre, recognize workplaces that ‘walk the talk’ and support their employees to choose green commuting options year-round. 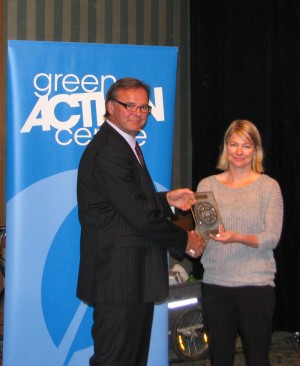 Top honours went to Dillon Consulting Limited, recognizing achievements such as a 22% decrease in greenhouse gas emissions associated with employee commuting from 2008 to 2009. Supportive company programs include providing transit tickets for work-related trips along with secure bike parking, showers and lockers. Internal employee commuting surveys and week-long promotions of carpooling and transit are another part of the mix. Employee commuting is also being considered in office siting decisions, with a focus on proximity to good transit routes, cycling and walking infrastructure, and bike parking.

“Dillon Consulting is honoured to be recognized as a leader in providing a commuter friendly workplace. The environment is part of our DNA and is reflected in every business decision we make,” says Gary Komar, President of Dillon Consulting Limited. 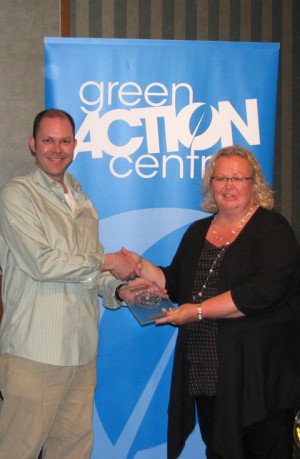 Silver went to Boeing Canada for the diversity of green commuting programs offered at their workplace, such as a 50% discount on monthly bus passes through Winnipeg Transit’s EcoPass program, a Guaranteed Ride Home program for green commuters, a carpool matching program through carpool.ca, and preferential carpool parking. Boeing also offers an Eco-Commute program with incentives for employees to join and track their commute online, and has put in place an overarching environmental policy.