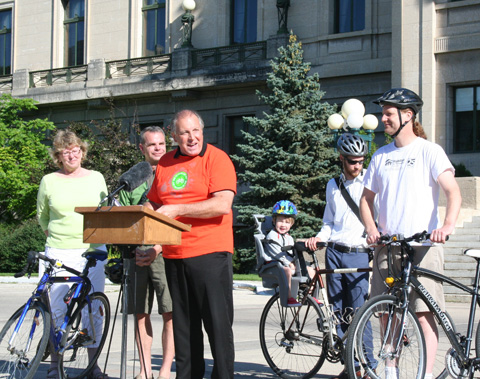 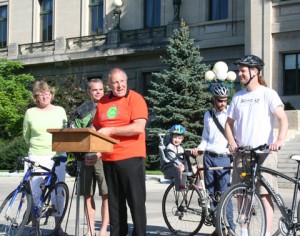 On Bike to Work Day, Friday, June 22, the province announced its three-year action plan on active transportation (AT). It was also a chance to introduce Vicky Reany as the province’s new point person.

Given the progress on AT achieved by the City of Winnipeg after developing an AT policy and coordinator position in Public Works Department in 2007, this announcement bodes well for the future of AT in municipalities throughout the rest of the province. Notably, the City’s Active Transportation Advisory Committee played a pivotal role in those achievements, though the committee’s now been on hiatus since February 2012. At this time, there has been no formal indication whether the province will continue with the previous advisory group or form a new one.