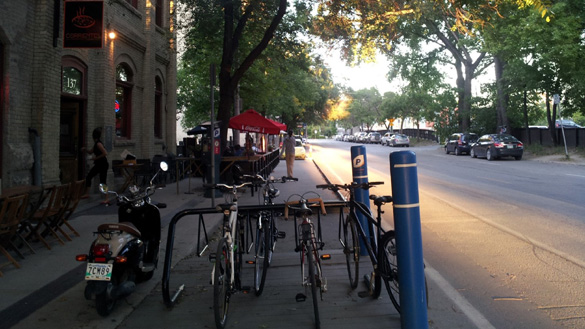 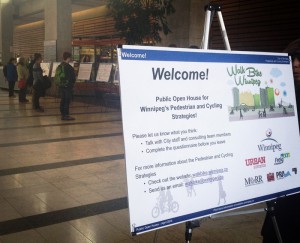 Without a doubt, it’s been a long (and sometimes head-shaking) path to reach this point: the Winnipeg Pedestrian and Cycling Strategies are now officially approved. There have been starts and stops along the way plus some humour and drama, nicely captured in the Free Press’s musical video Key of Bart: Bicycle Space.

The proposed strategies were scrutinized by the City’s Office of Public Engagement and passed muster. Then there were attempts to delay the process further by arguing the dollars (technically imaginary till approved on an annual basis) being spent over the next 20 years are excessive. Our thanks to Colin Fast for succinctly laying out the numbers.

Now it’s time to shake the proverbial Red River clay from our boots and move forward. Or at least as soon as a new Active Transportation Coordinator is hired. (On that note, we wish Kevin Nixon a fond farewell and happy retirement.)

Interestingly, the City just re-posted the slightly revised position after conducting a number of interviews this past spring. With an application deadline of August 4, it will be some weeks yet before any announcement is made.

Hopefully – despite the delays we remain optimistic at Green Action Centre – we can then regain momentum to make walking and cycling in Winnipeg more convenient, comfortable and appealing to all. Perhaps we should start with some of the worst cycling spots as voted by those riding Winnipeg’s streets.