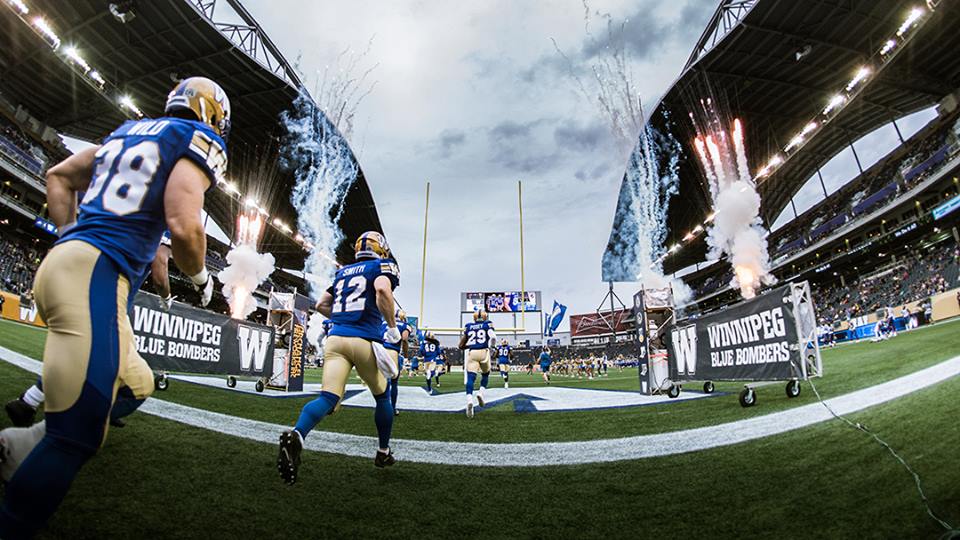 Just as our latest blog post 4 Easy Ways to Green Your Upcoming Event says, events can produce a lot of unnecessary waste. No matter how big or small an event may be, it’s our duty to work together to reduce our ecological footprint. Waste reduction must be prioritized and backed by realistic goals and strategis. Define the carbon footprint of your event by identifying the sources, such as travel, local road transportation, energy consumption at the event venue, transportation of goods, paper/plastic use, and waste generation. Then, set your goals and strategies for reducing this waste. It’s important to start somewhere; even if it’s one small step at a time. Guests will continue to have a good time and the planet will thank you for it!

The following is a testimonial of utilizing sustainable transportation when attending Winnipeg Blue Bomber games, from a fan and season ticket holder.

I grew up in a sports-loving family, where it was a rare occurrence if my sister and I weren’t scrambling from one game to another, or that the TV wasn’t on for a Sunday afternoon game of some kind. I have very fond memories of going to different sporting events as a child, including Bomber games.

This year I’m experiencing something new as a sports fan. I took a leap of faith in becoming a season ticket holder for The Winnipeg Blue Bombers. Almost every week this summer and fall I will be heading down to Investors Group Field watch The Bombers play (and hopefully win!). Luckily, I live within walking distance of the Osborne Rapid Transit Station, so taking public transit is an easy and sustainable way for me to get to the games. Not to mention that I get a free ride home on the bus! Read more here for game day transit details.

It seems like a good year to be a new season ticket holder with the installation of a new bus terminal at the stadium, to incentivize people to take public transit when travelling to and from the game, as well as making it a smoother process for everyone when leaving the game. The new terminal will accommodate 200+ buses that previously lined the streets around the stadium. Now there is a designated spot for all transit and Park & Ride users to arrive and depart from (just outside Gates 3 and 4), exiting directly onto Pembina Highway.

Currently there is a lot of construction on Pembina Highway (i.e. Southwest Transitway), but if you feel comfortable to brave the streets and commute to the games by bike, Pembina Highway does have buffered bike lanes. Or, depending on which end of the city you’re coming from, there are several different bike routes available. I was really excited to see the free bike valet at the stadium, which offers protected and monitored bike parking for up to 800 bikes. The bike valet was packed as I was leaving the game last week – what a sight! 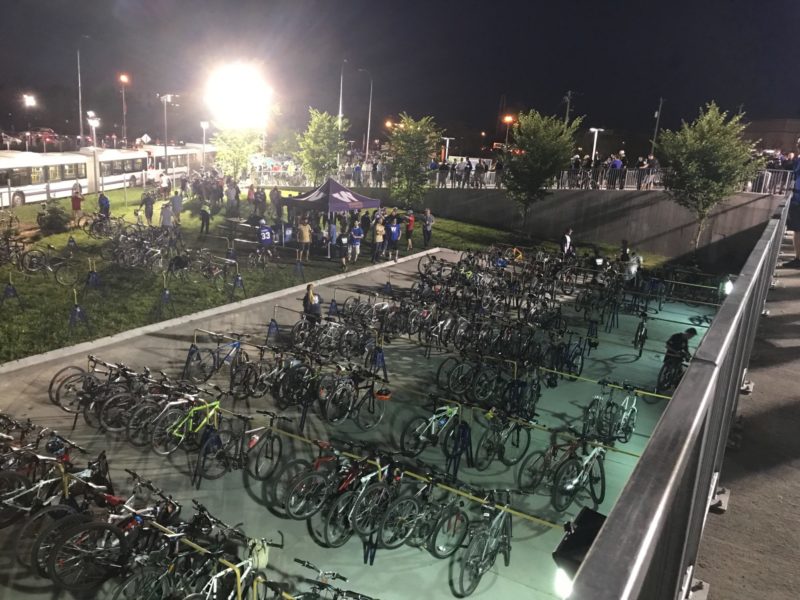 If you REALLY need to drive to the games, I would strongly encourage you to only drive part-way with the Park & Ride option. There are seven event Park & Ride locations across the city that provide non-stop service to and from stadium. Those 40+ people who take the bus part way are saving emissions that would otherwise be produced by 40+ individual cars driving the full way there and back.

By the sounds of it, the addition of this bus terminal was more about vehicles and parking than it was about sustainability.

“We believe removal of buses from the streets around the stadium is a real game-changer that will help get fans off campus much more quickly than before… With these improvements, we invite fans to give parking on campus a try.” – Wade Miller, President and CEO of The Winnipeg Blue Bombers (www.bluebombers.com)

Although the bombers intended the improvements as a way to ease traffic flow and make parking more convenient, I know from previous years that they have strongly encouraged utilizing public transit when attending games. By providing extra regular service transit buses around game time (i.e. X60, X75, X78, and X160), a free post-game transit ride, a designated transit terminal, and a bike valet, I can at least appreciate that there are options to commute sustainably. I encourage those who drive to consider a more sustainable option, like transit or cycling, given how convenient, fast, and cheap it is.

With a large stadium and regular events, I hope The Winnipeg Blue Bombers will prioritize sustainability moving forward into the future, by encouraging alternative modes of transportation to their games and setting targets for further waste reduction (perhaps compostable materials and bins?).