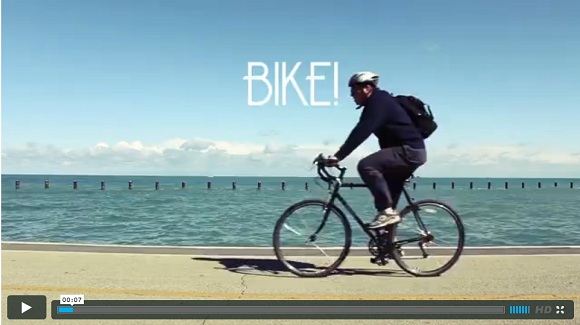 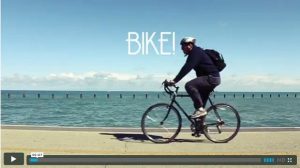 Manitobans can’t wait to get on their wheels and start pedalling. Bike Winnipeg! is a new film by the environmental group Green Action Centre. It focuses on the joy and art of self-powered locomotion, and depicts various forms of cycling transportation at locations across Winnipeg and Manitoba. Over the past few days, the video has been seen over 10,000 times on the internet.

Local film makers Trevor Gill and Christopher Paetkau noticed the surge in traffic over the weekend. “We wanted to make a piece that helped normalize cycling,” says Paetkau. “Almost everybody has, at one time or another, been on a bicycle. It’s not about who rides what bike, how fast they ride it, or what they wear while riding. It’s about human powered transportation and the freedom and fun that comes from that.”

“A lot of people see the film and say, ‘hey, is that really Winnipeg?’ The city can look like a totally different place when you see it from the perspective of biking – the nature side and the urban side of the city intertwine in a way that you don’t see from other forms of transportation.” said Shoni Litinsky, executive producer for the film and active transportation coordinator with Green Action Centre. “Trevor and Christopher did a great job translating the feeling of freedom that comes from biking into film”

The video also includes original music by Deadhorse Beats. The video can be viewed online at the Green Action Centre website: https://greenactioncentre.ca/content/bike-winnipeg/