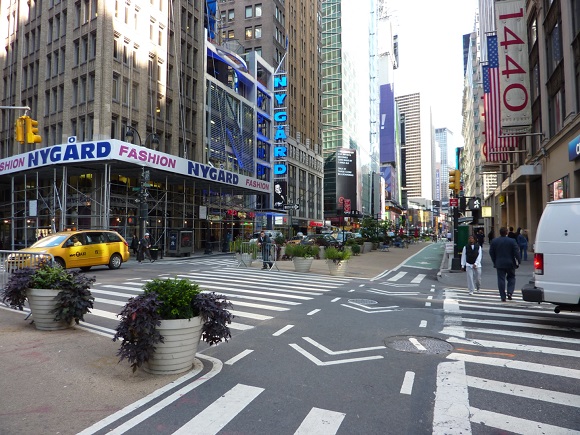 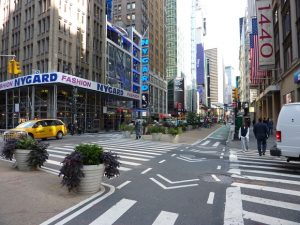 Walkability has become the new mantra for retailers of all sizes in urban centres. The economic benefits of walkable communities was a major topic of discussion at this year’s conference of Ontario Business Improvement Areas (similar to our BIZ’s). Kate Hall of Green Communities Canada, who spoke at the conference, highlighted several recent studies emphasizing the financial advantages for retailers who locate in walkable areas. An economic analysis from the Brookings Institute found for instance that an area with good walkability generated “80% more in retail sales” than an area with fair walkability. Simple walking amenities such as sidewalk seating can increase sales by 14%. Other simple walking-friendly amenities retailers should consider include proper lighting, shade-cover, aesthetics, and public washrooms. 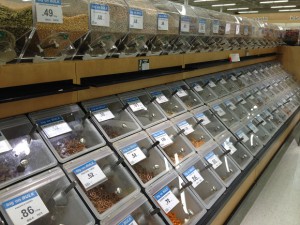 Walk-friendly urban areas have also become a focus for big-box retailers including Canadian Tire, Loblaw, Rona, and Wal-Mart. These retailers have recently experimented with opening smaller retail stores in downtown Toronto and elsewhere, finding that customers are willing to pay more for smaller items if they are close and convenient. Wal-Mart Canada’s V.P. of Merchandizing is even quoted in a recent Toronto Star article, recognizing that smaller bags of dog food and wheeled grocery carts are more appealing for customers coming on foot or by bus than large bags of dog food. This obvious shift in strategy is motivated in part by a downturn in big-box store productivity.