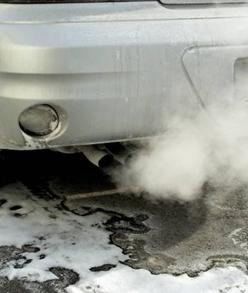 Idling gets you nowhere! Its something we don’t think about – a habit that we do unconsciously. Winnipeg driver spend up to 25% of their time idling…and not going anywhere! Idling is not only an enormous waste of fuel but also a huge contributor to air-polluting emissions.

Idling Costs millions! Here are some reasons not to idle:

Here are just a few of the places we commonly idle: 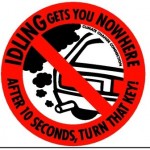 Take the time to identify the times during your day that you spend idling and watch for “Idle Free Zones.” By turning off your vehicle when stopped for more than 10 seconds, you will save yourself money on fuel. You will also reduce greenhouse gas emissions (CO2) and health-harming pollution. If Canadian motorists reduced their idling by just 3 minutes a day, it would be equivalent to taking 320,000 off the road for the entire year! 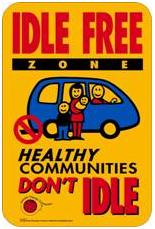 For more information on starting an Idle-Free Zone campaign at your school or workplace contact Climate Change Connection at climate.connection@mts.net or call (204) 943-4836.