A musical distraction on two wheels? 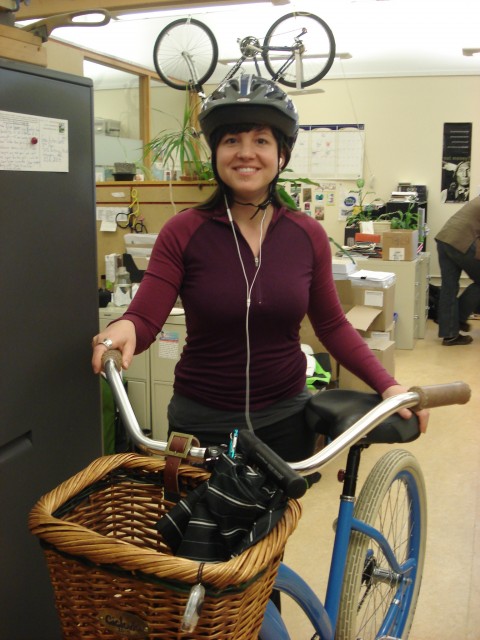 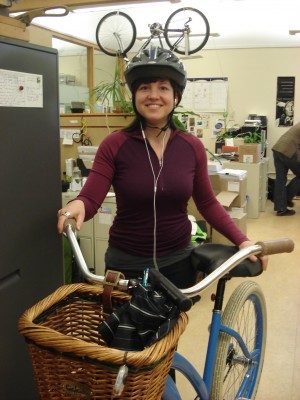 So, thankfully it is FINALLY starting to look like spring out there! Many of us around the office have leaped at the chance to hop back on our bicycles (of course there were those few of us that never stopped). The only thing I could imagine that would make being out on the road again any sweeter, would be some great tunes! Car drivers, transit riders, and peds (the way the cool folks say pedestrians now) are able to listen to music or have a conversation if they choose. Cyclists however, have to listen to this urban symphony of cars honking, tires screeching, buses breaking…and its not nearly as beautiful as it sounds.

There are some practical safety reasons that many cyclists do not listen to music on their commute, not being able to hear the sounds of surrounding traffic can be very dangerous. In fact, police say that if cyclists or drivers have earphones in both ears they can be ticketed. In a tragic accident last summer a young cyclist that had been listening to her music was hospitalized after being hit by a car.

Now lets think about this, if you could hear surrounding traffic and still enjoy your music, would that make it okay? Several devices have recently been created with this exact purpose in mind. This past weekend on CBC’s Spark program, host Nora Young tested a new device called the Tunebug Shake. The Shake is a small fixture (about the size of an egg) that attaches to the top of your helmet and it uses its contour as an acoustic amplifier. Connecting via bluetooth or cable to your Ipod or MP3 device, the Shake provides 3D sound without any wires getting in the way, and without covering the ears.

Nora had invited a Toronto Constable, Hugh Smith to help her test the Shake by talking with her as she listened to a podcast (mix of music and talking). Constable Smith is also the National Examiner for Can Bike, a national cycling safety education program. Although the pair did not actually test the device by getting on a bike, Nora found that she was not able to multi-task by both listening to the podcast and maintaining a conversation.  The constable said he found the noise was quiet enough, and could not see it bothering those walking or waiting at the bus stop as a cyclist passed. The two agreed the device might be better if it were just playing music, and if it were used on recreational trails. Other reviewers of the Shake said it was great for cycling, and that they could hear the traffic very well.

The desire to hear music while cycling has even inspired some people to come up with their own ideas about how to achieve a similar result by nesting your headphones in between the lining of your helmet.

What do people think?

Could these types of devices provide a safe way for cyclists to enjoy their commute along with some great tunes, or could this device be to dangerous for the road?