7 things drivers may misunderstand about people on bikes 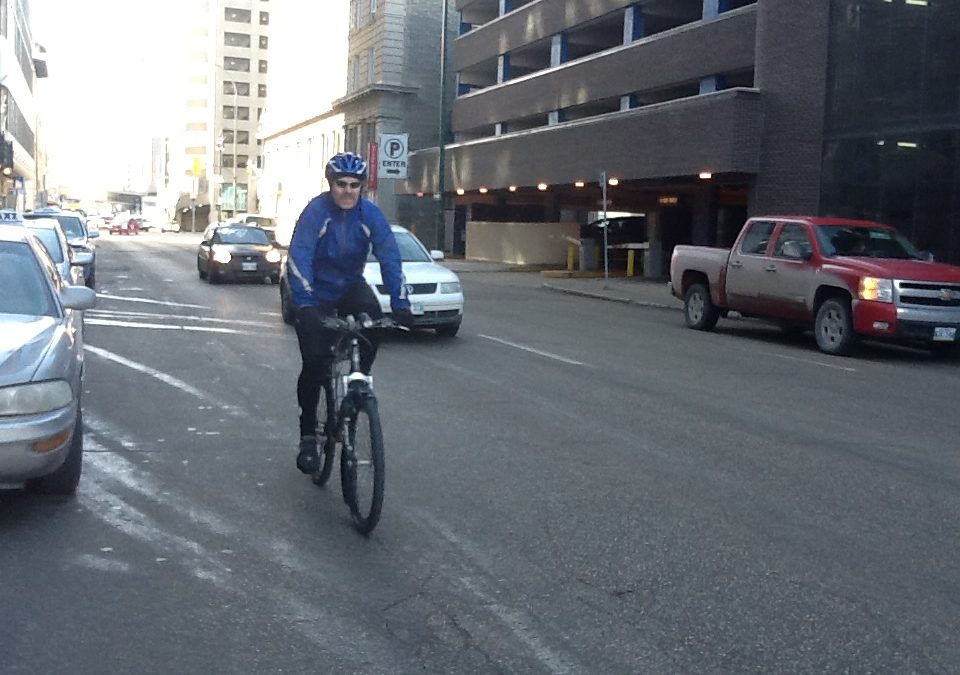 My recent blog on “7 mistakes that people riding bikes make and how to correct them” seemed to garner a lot of attention from people that like to ride their bikes. It occurred to me that maybe a similar blog that talks to drivers and their misunderstanding of those of us that chose to ride a bike might be helpful as well. I wondered of course how many drivers might actually read a car related blog on this website, but when we remember that most of us are drivers, pedestrians, bike riders and sometimes all of them in the same day, I figured why not?

I have written in the past that “Cyclists and drivers are not at war” and that for the most part it is about misunderstandings and in some cases lack of understanding that leads to most issues. Here are some very common “misunderstandings” that drivers have about bicycles on the road and how they too can be corrected:

The Highway Traffic Act states that people on bikes are to ride “as close as practicable” to the edge of the road. This does not mean they can or should be hugging the curb. The edges of most of our roads are littered with hazards like ruts, potholes, cracks, manhole covers, and debris. These may not be a problem for 4 wheeled vehicles, but they are a significant problem for people balancing on two thin tires. When a bike is approximately 1 meter from the edge of the road the rider can maintain a straight line and avoid these hazards without weaving in and out. If they ride close to the curb they are forced to weave unpredictably to their left and into the adjacent motor vehicle traffic to avoid such hazards. As a driver, I think we would all prefer to be able to predict what that person on the bike is going to do as opposed to hoping as we pass by them that they stay where they are.

In some situations it can become necessary for a person riding a bike to move even further from the edge or curb. Bridges and underpasses with no bike lanes certainly jump to mind. We all know that the road surface at the bottom of an underpass is often very poor. Given those conditions, that person in front of you riding in the centre of the lane is only trying to avoid the massive potholes and is not just taking up the lane to be ignorant. Other situations such as construction zones or similarly narrow traffic lanes where there is simply no room to share the lane can force a bicyclist to take a bit more space. Even when it is pouring rain and the side of the road is a continuous deep puddle with unknown hazards below is a good reason for them to ride further away from the edge. Don’t assume that the person in front of you is hogging the road. Take the time to see what it is they might be trying to avoid to stay safe.

Another place where a person on a bike may choose to move further over is at intersections. When they take this position they are not only making themselves more visible to you the driver, but they are also giving themselves space to start up again when the signal changes or they leave the stop sign. Starting up on a bike requires a bit of space until the rider can build up enough momentum to maintain a straight line. Its can be a bit disconcerting to start up while you have tons of steel beside you. Just be patient and let them get started safely!

When a motor vehicle, especially a large one, passes by a bike closely it is always startling and can be downright frightening. In many places throughout North America they are adopting a 1 meter or 3 foot passing rule. This requires motor vehicles to provide at least a meter of space when passing a bike. The vast majority of our roads do not provide enough width for bikes and cars to occupy the same lane. Higher speeds (in excess of  50 km/hr) only further exacerbate the problem. When passing a bike, give them at least a meter of space, and when possible much more. If we plan ahead as we approach a bike on the side of the road it is possible to move at least partially into the next lane and give them plenty of space. Why risk it when it only costs a few seconds?

4.  Bikes do not belong on sidewalks 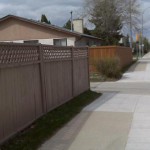 Bikes riding on sidewalks are at more risk of collision with motor vehicles, especially at intersections, than those on the road.  Riding a bike on the sidewalk (unless the wheel size is less than 16 inches in diameter) is also illegal. Let’s face it, as drivers we are not looking for fast moving objects on the sidewalk. When we add the multitude of uncontrolled intersections such as back lanes and driveways where we as drivers are not necessarily compelled to stop, the problem gets far more dangerous. In many cases poor visibility or sight lines don’t even give a clear view of the sidewalk until a driver is already in the path of those crossing it. Bikes are traffic and in many cases the road is the only place where they can get to where they are going. Don’t try to chase them onto the sidewalks, you’ll see them much better if they are on the road.

5. Multi-use paths are not for every bike

Multi-use paths are great for a casual or recreational riding, but we all have to remember that they are not bike paths, but a separated path that can be used by everyone. This includes joggers, skateboarders, people out for a causal stroll, old, young and let’s not forget about those unpredictable pets. Adding a bike to this mix is not the best option nor for the people on bikes trying to get to a destination quickly. Understand that these paths are for everyone but not for every activity and that some people will need to ride on the road instead.

In some cases a driver will choose to honk their horn at a person on a bike out of frustration, and other times it is a well intentioned warning, but either way it is very startling for a person on a bike. Remember that they are not insulated from that loud “honk” by steel and glass and that the sound of your car horn behind them can be unsettling at best. It could also result in that person panicking and losing control of their bike, which could in turn result in serious injury. Use your horn only when you really need it and never when you are behind a bicycle.

7. Don’t make someone the door prize

Most drivers understand the serious injury that could result from a person on a bike hitting an opened car door. That said it is still a common occurrence and one that is easily avoided with a simple shoulder-check before opening your car door. Many riders will ride outside the “door zone” and avoid this problem (which creates another problem) but traffic conditions and/or lack of knowledge can result in some bikes riding far too close to parked cars. There are numerous cases of bicycles hitting car doors and falling into the adjacent traffic flow resulting in very serious injuries and even death. It’s easy to check over your shoulder or use your side view mirror to ensure that there are no bikes approaching before opening the door, so let’s make it a habit!

And while we’re at it lets remember that those bicyclists that chose to avoid the door zone are not being ignorant or taking up more space than they deserve, they are just trying to stay safe. In many cases the curb lane is not very wide and forces bike riders to move into the adjacent lane to ensure that they are not in the door zone. The dangers that these riders face far outweigh the short  inconvenience of time that you might have to endure.

As a final note, as a driver we all need to remember that inside your car you don’t see what a cyclist sees, hear what a cyclists hears, or feel what a cyclist feels. You can however understand why they may have to position themselves differently in varying conditions, prefer that motor vehicles give them plenty of space when passing, stay off sidewalks and multi-use paths, or prefer quiet solitude as opposed to the loud honking or your horn. Next time you see a person on a bike I hope that you take these 7 tips into account so that we can all get along better on the roads.