2016 Jack Frost Challenge Results are In! 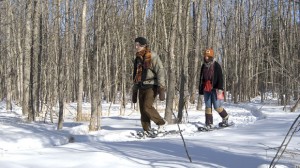 has successfully taken place and we’d love to give a round of applause to all who took part! A total of 87 teams and 327 participants signed up to skate, cross-country ski, run, snowshoe, cycle and walk a total of 10,354.5 km over the week of February 6-12.

This year’s challenge had a few guest appearances such as THE coldest day of the year, along with a few others that didn’t seem too far off.

This year we strayed from our 1-5 member limit, (albeit not intentionally), as a result some teams were big, some teams were small, but like a kids story with a good moral we loved them all the same (in the plutonic sense of the word of course).

The lovely folks at Travel Manitoba deserve a gold star in the teamwork category for racking up 463.55 km! Not only did they go the distance, they did an amazing job sharing their experience with us via videos (watch here!) and photos that warmed us from our hearts to our icy toes!

However, distances are team size sensitive (based on the not always simple premise of multiplication), and it is not fair to just highlight the team with the furthest distance. As a result we would like to give a shout out to a few teams that performed pretty darn well on a per capita basis. We had some intense stats crunching going on to bring you these numbers; Cheatlike TomBrady (suspiciously posted 132 km for the one person team) Bike Winnipeg Winter Wanderers (averaged 106 km each), Roller Varden presumably rolled to 72.7 km per person, Slip and Slide (avg 66.5km) and Need For Active Transport (amen to that sista (or brother)!) tallied 60.2 km a piece!

Schools and community groups got in on the frosty action as well. École Arthur Meighen School deserves their own props as they coordinated a 2 km winter walk that saw 340 staff and students take part (340 x 2=640 km of fantastic)! In a similar educational vein, kudos to the University of Manitoba and their Sustainability Office, as they pulled together the campus troops planning a number of campus events to take on the Challenge.

This year brought to light some much appreciated inter-office rivalry; Investors Group (6 teams who collectively went 614.98 km!! Go IG Go!), Number TEN Architectural Group (2 teams), ft3 Architecture, Landscape and Interior Design (3 teams) and Fort Whyte Alive! (4 teams). As well as some uplifting demonstrations of office teamwork, with group participation from Travel Manitoba, Manitoba Blue Cross, APTN, The WRENCH, Corydon Primary Care and McGowan Russell Group. These are only the ones who used their organization as their team name but my powers of deduction, which kick in every so often, tell me there may have few been more (i.e. teams with matching work email addresses , Parks Canada- from Winnipeg to Wasagaming!).

And last but not least, as this competition is not solely dependent on feats of strength, we would like to stress the importance of being funny and creative. As a result we bring you this year’s team names that made us smile, chuckle our outright laugh; The Frozen Chosen Sporting Lederhosen (extra points were given for spelling Lederhosen correctly!), Netflix and Windchill, Running for Yeti’s (personally adore the visual), Fort Whyte’s Long John Legends, and finally saving the most creatively crass for last The Big Test Icicles.

Thanks to all who got their move on with us. We look forward to doing it again next year! If you had fun with Bougeons en hiver: The Jack Frost Challenge, be sure to check out the Commuter Challenge, taking place the week of June 5-11, 2016.