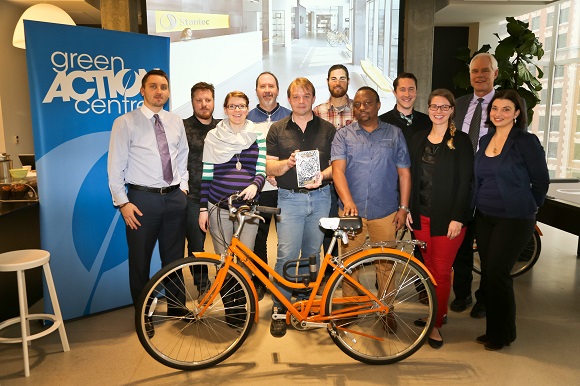 When Stantec opened the doors to its newly constructed office space at Portage and Donald, they also opened the doors to new commuting possibilities for their staff. Stantec’s Sustainability Committee worked hard to consider all aspects of the new commute to work. They began by creating a series of maps outlining the commute to work from each major neighbourhood in the City. The maps included an estimate of commute times by car, bus, bike and on foot, as well as potential financial savings should the commute be by bus vs car. 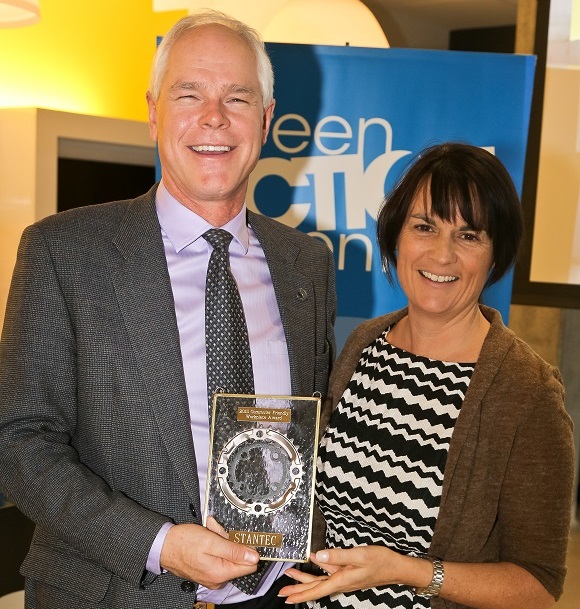 Stantec’s comprehensive suite of commuting programs, along with its new central location, makes it the winning choice for this year’s Commuter Friendly Workplace. Stantec was recognized at an awards presentation on December 16th. Cathy Steven, Executive Director of Health in Common and last year’s Commuter Friendly Workplace Award winner, was on hand to present Eric Wiens, Stantec’s Vice President for Manitoba, with the award. 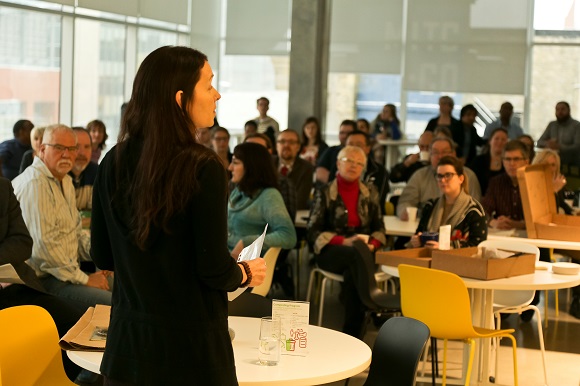 “Our goal was to bring our people together from four offices into one downtown location, but we knew that would provide commuting challenges for some,” says Eric Wiens. “This award recognizes our team’s hard work to make the transition as easy as possible, and their creative ideas that provide reliable and sustainable transportation for our people.” 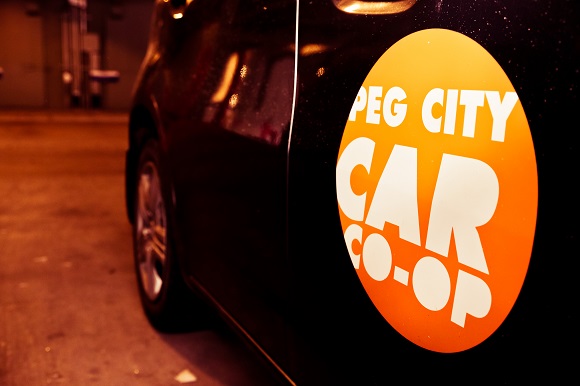 Some of those creative ideas include a monthly transit pass, free of charge, for all staff who have moved to the downtown office space. As a result, staff uptake on transit passes has increased almost 70% over pre-move levels. For those staff needing a vehicle to travel to occasional off-site meetings and site-visits, Stantec covers the cost of the registration fee to Peg City Car Co-op, and a Co-op vehicle is located in the adjoining parkade. 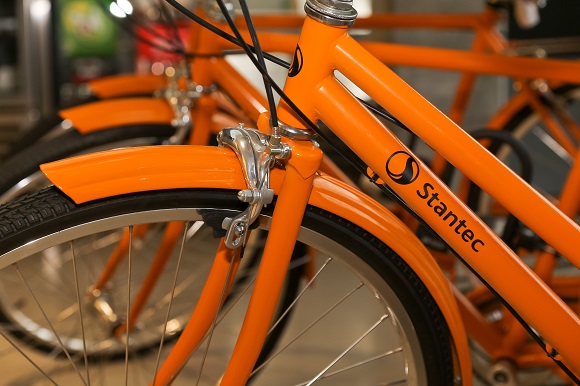 For meetings and travel in the downtown area, staff can access one of three beautiful orange bicycles, or take their own bike, and lock-up in the 30 –stall bike cage. Showers and lockers are available for active commuters, and an online carpool matching portal is available for those staff looking to share the commute to work.