Why development fees matter (to everyone) 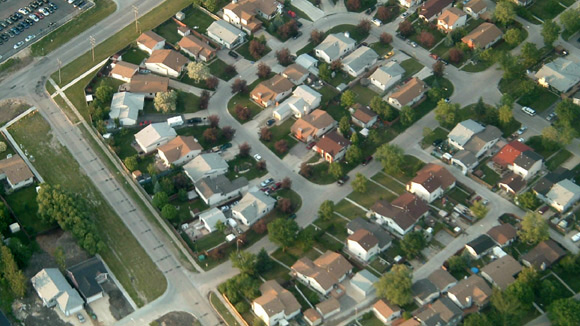 Update Nov.21’13 – City Council has voted to move forward with a request to the Province to introduce development charges. Read more here.

Update Nov.12’13 – Be sure to check out acting CAO Deepak Joshi’s response to a Winnipeg Free Press editorial that stated the new home fee was unjustified. Also noteworthy is the City of Winnipeg’s new web page explaining growth development charges.

The premise is pretty simple: charge developers the full cost of creating a new suburb. Not just for the infrastructure that comes with a new development – like roads, sewers and sidewalks (if they get included) – but also for the services residents who choose to live there will inevitably expect to be provided. Like public transit, fire and police stations, schools, libraries, parks, and recreational services.

That does not happen at present. As a result, all Winnipeg residents end up paying for these costs. It also means there is less money to go around to repair or maintain existing infrastructure and services in already established neighbourhoods.

Wildly popular Calgary Mayor Naheed Nenshi based his 2013 election campaign in great part on a commitment to “Stop the Subsidy“. This refers to the gap between the property taxes the city gains from homes in new suburbs and the full cost of the infrastructure and services. The program aims to help with IRS problems in the area along with some basic maintenance of public grounds. He calls for a stop to the “suburban sprawl subsidy” and to “…make growth pay for itself”.

In a Winnipeg Free Press piece called “Ditch the 1960s: Build in, not out”, Stefano Grande noted the City’s recent approval of a $1,200 per home subsidy in new development Castlebury Meadows for a total of $700,000.

Brent Bellamy’s excellent overview, also published in the Winnipeg Free Press, compares Winnipeg’s situation to that in Edmonton and Calgary, and provides another recent example of a local subsidy:

“Recently approved Ridgewood South, a new 3,400-home perimeter community disconnected from the existing city infrastructure stands as an example of this progression. The community’s required $60-million road extension will equate to an $18,000-per-residence taxpayer subsidy for the road service alone.”

Mayor Katz and the Councillors supporting these development fees for new suburbs are on the right track. Let’s hope they’re able to make it happen. It’s time to “stop the subsidy” in Winnipeg too.

For additional coverage, check out: