Stop the pipeline rally and feast 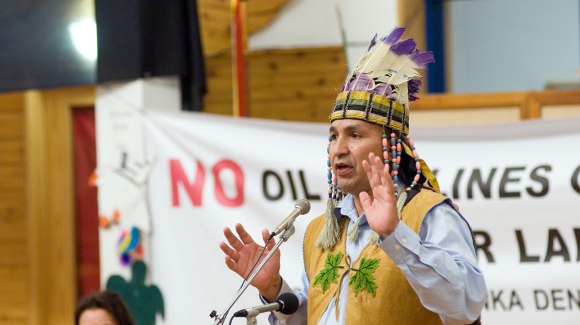 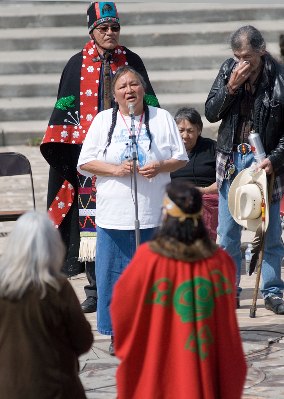 Hundreds of Manitobans gathered last weekend (May 4 – 5) to welcome the Yinka Dene Alliance to Winnipeg. The Yinka Dene Alliance is a group of First Nations from Northern British Columbia who oppose the building of the Enbridge Northern Gateway pipeline through their territories. They travelled across the country on a Freedom Train to attend the Enbridge AGM this week.

The Enbridge Northern Gateway pipeline project will carry hundreds of thousands of barrels of tar sands oil to the Northwest coast of British Columbia every year.  Pristine forests, rugged mountainous coastline and the unique ecology of the region will be at constant risk of a catastrophic oil spill if the project is approved.  The First Nations of the region have not been consulted.  In Winnipeg they vowed to enforce their decision to block the project.

More information about the Yinka Dene Alliance, the Freedom Train and the Northern Gateway pipeline and supertanker project are at: www.freedomtrain2012.com

Video of the event including a beautiful song by eleven year old BC activist, Ta’Kaiya Blaney is available at: the Red River Pete You tube Channel