Product labeling – what are Manitobans missing? 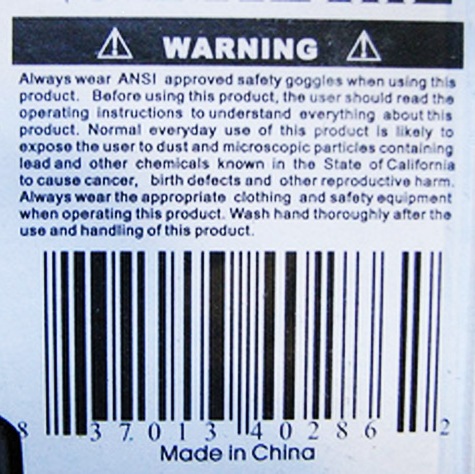 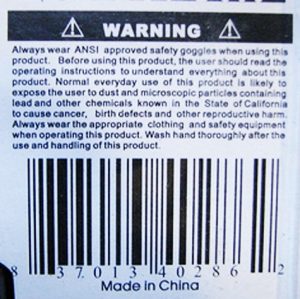 Most of us are far removed from the production of items that we use in our everyday lives. It can be difficult to figure out where consumer products come from, how they were made and what they contain. Gaining this information becomes all the more critical when these products may contain toxins.

Some jurisdictions, like California, are putting precaution ahead the interests of corporate secrecy by implementing stricter labelling standards. Could Manitoba and Canada do better to protect consumers here?

Producers cannot always be trusted to have the consumer’s best interests at heart. It is well know that long ago, Coca-Cola used to contain cocaine, but we often assume that such disregard for health and safety is a thing of the past. But earlier this month, Coca-Cola and Pepsi were both impelled to change their ingredients so as to avoid being labelled as carcinogenic in California. Both companies use 4-methylimidazole (4-MI or 4-MEI) to attain their caramel colour, and this compound has recently been listed by the Center for Sciences in the Public Interest as a powerful carcinogen. Coca-Cola insists there is no health risk associated with this product, but it is altering its ingredients just the same.

California is well-known as a leader in product labelling. In 1986, the state passed Proposition 65. According to California’s Office of Environmental Health Hazard Assessment, Proposition 65:

In Canada, labelling practices are more relaxed. Only two aspects to consumer product labelling are mandated: ingredient disclosure on foods and personal care products, and warning symbols for products that pose acute, short-term, health risks or hazards. According to the Canadian Cancer Society, there is currently no product labelling required for the presence of substances that pose chronic, or long-term risks, such as cancer.

The vast majority of Canadians would support improvements in labelling regulations. For example, a 2008 survey found that 97 percent of British Columbians would support the provincial government passing legislation to require labeling of all products that contain cancer-causing substances. A private members bill by then BC opposition MLA Gregor Robertson was introduced that would have seen that province adopt toxic labelling standards similar to California and would have also extended mandatory labelling to genetically engineered foods. Manitoba could adopt right to know legislation here, if it were serious about protecting citizens.

This month, MP Peter Julian introduced Bill C-408, a “right to know” bill that would require warning labels on domestic products containing toxic substances. Toxic Free Canada and Quebec’s Option consommateurs have both endorsed this bill. Check out Peter’s petition to the House of Commons and learn more about this important consumer issue.