For over 25 years, Green Action Centre has been making environmental change happen and working to help Manitobans live greener lives.  Here are a few current stories from our membership and the people we work with! 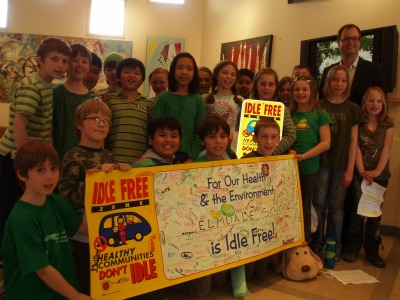 Woodlawn School in Steinbach, Manitoba is making the most out of their School Travel Planning project. The municipality, the school division, the school staff and students are all working together to combat what students have dubbed “the Perfect Storm” that takes place out front of their school each morning and afternoon.

On April 14th, 2011 the school held their annual Celebration of Learning, an event that provides some time for students to share the work they are most proud of with friends and family. The self-titled “Woodlawn School News Team”, presented the whole school with a lively newscast skit to explain to parents the importance of active school travel, all the work the school has been doing as part of their School Travel Planning pilot, and what they have come up with for their Action Plans. This newscast also featured an ‘on the scene’ traffic report video filmed outside of the school to show all of the buses, cars, bikes, walkers…and even dogs that make the current scene such a concern.

The Hanover School Division is a major supporter of environmental and student led initiatives. The photo above shows students at Elmdale School asking the Mayor of Steinbach that more Idle Free Zone’s be made in higher traffic areas such as outside schools, stores, restaurants, and other places that people are walking. The students at Elmdale School worked with Climate Change Connection as part of their Idle Free Zone program to form their approach.

Maureen, pictured here on the left, shows Sylvie the compost produced on-site from the compost program she developed  at her downtown office.  Maureen became a Master Composter in 2007, and although she came to the program with lots of composting experience, she was “pleasantly surprised with how much I learned about the process!” After completing the training, Maureen met her initial 30 hour volunteer commitment, and has since surpassed this by leaps and bounds.  From “Basic Backyard Composting” presentations and workshops, to tending the compost booth at shows and the annual spring bin sale, she also initiated a number of her own projects, including a composting program at her downtown Winnipeg office, as well as her church.  She has built bins for friends, and responds to people’s compost concerns. “I have benefitted from a boost of confidence and the rewarding feeling that I am encouraging environmental stewardship” says Maureen. “This has been an excellent opportunity to meet a great group of like-minded people!”. 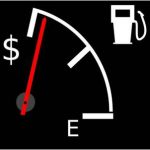 After attending a Green Action presentation on Fuel Efficient Driving, Green Action Centre member Amanda contacted the presenter to share her experience; “I wanted to tell you that I eco-drove to Regina yesterday and I kind of liked it and I saved a noticeable amount of gas!  I drove between 90-95 km per hour the whole way, and I was only passed by half a dozen transport trucks during my trip, which is much less than I would pass if I was driving faster like I normally do.  The drive took me about an hour longer, but it was really nice and definitely not as stressful!”.

Here are a few more stories from the feedback we have received at Green Action Centre!

Bravo to all these environmental change-makers! Their actions show how our work is helping green the lives of Manitobans at home and where they work and go to school.