Happy Birthday to us!

Valentine’s Day holds special meaning in our hearts at Green Action Centre. It is also our birthday! Take a stroll down memory lane with some key dates in our 29 year history as a non-profit organization:

February 14, 1985 – Life begins! The organization now known as Green Action Centre is incorporated in 1985 as the Recycling Council of Manitoba. Recycling and waste reduction reports are prepared and shared, and recycling depots are created at four locations around Winnipeg.

Spring 1995 – The Backyard Composting and Master Composter programs begin. To date, 175 Master Composters have been trained and have shared their knowledge with their local communities.

Fall 1998 – Our Environmental Speakers Bureau begins! This program has now reached over one hundred thousand (100,000!) school aged children in Manitoba, with classroom presentations on topics ranging from composting and water use to our ecological footprint and climate change. 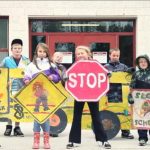 Fall 1998 – Our Green Commuting program begins, branching out to become Active and Safe Routes to School and Workplace Commuter Options. 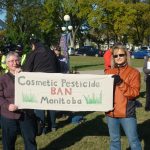 2009 – The Living Green Living Well website and program are launched to answer all of your burning questions on environmental topics in Manitoba. Outreach through community presentations and social media reach Manitobans on a wide range of environmental topics from waste reduction to cosmetic pesticides. 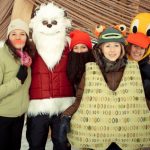 February 2014 – Green Action Centre looks to the future as we update our Strategic Plan for the coming years.