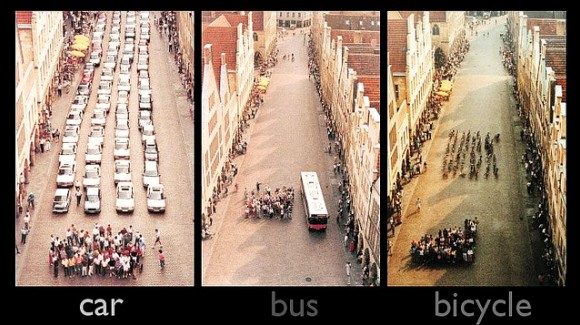 March 13, Winnipeg City Council’s Executive Policy wisely dropped an unfair plan to raise transit fares by 20 cents this June. The 20 cents was to pay for the City’s share of an extension of the Rapid Transit bus way to the University of Manitoba. With the transit fare increase out of the way, now the real debate can begin: how should the city fairly and sustainably generate the revenue it needs to complete all its important infrastructure projects?

Green Action Centre has argued that car drivers have been getting a free ride for too long. The provincial gas tax has been frozen since 1993 while the road budget is being increased 34 percent in 2012 alone.

Some of the measures we have proposed to the City include applying a 1% municipal tax on gasoline sold within the city and an increase on taxes for parking spaces throughout Winnipeg. Each of these measures could raise up to 9 million dollars annually, reducing the car drivers’ subsidies, while allowing the city to redirect more funds into building a modern rapid transit infrastructure.