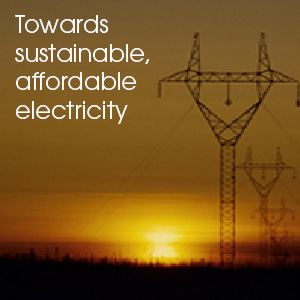 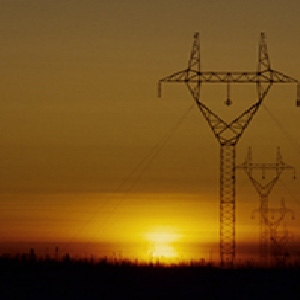 Sustainable and just electricity pricing is a tricky balance. If electricity is too cheap, consumers and businesses may waste too much of it.  If electricity is too expensive, it places too high a burden on those who can least afford it. Green Action Centre along with Time to Respect Earth’s Ecosystems (TREE) has been participating in a Public Utility Board hearings on Manitoba Hydro’s rate proposal, to help get the price right for energy with a goal of promoting both conservation and social equity.  We presented our final arguments on Tuesday July 5.

In these final arguments, we recommended that the PUB accept Manitoba Hydro’s request for a 2.9 per cent rate increase in 2011-2012. This would be somewhat higher than the current rate of inflation, but would leave Manitoba with some of the lowest energy rates in North America.

We also offered recommendations about the price structure.  Currently, Manitoba Hydro charges slightly less for each household’s first 900 kilowatt hours of usage per month.  This pricing system is called an inverted rate structure, because the first block of electricity is cheaper than the subsequent block. To a small degree, this may promote conservation.  However, in order to be effective, the difference between the two block rates needs to be greater, and the threshold at which the higher rate kicks in needs to be lower. We proposed 600 kwh/m as the kick in rate for the higher priced block.

Currently, only the heaviest users are affected by the higher rate above 900 kwh. If 85% of consumers are unaffected by the inverted rate structure, inverted rates will only be effective in promoting conservation in 15 per cent of the population.  Ideally, we want energy pricing policy to promote conservation across the whole population. We call this Power Smart pricing.

We also proposed that the PUB, with the help of Manitoba Hydro and other experts in the field, should develop a pilot program to test the feasibility of a subsidy that would enable low-income households to keep their energy burden from overwhelming their ability to pay. Under the program we envision, Manitoba Hydro would offer eligible low-income customers a subsidy to help reduce their energy costs, based on their home’s typical energy usage as well as their income.  Fewer customers would go into default, and all households would continue to have incentives to save energy. Further details of how such a program would work are available in our submission of evidence to the PUB hearings, as well as in our blog posting: Busting myths on affordable and sustainable energy.  Our central point was that this should be a made in Manitoba solution that takes into account the needs of low income households, our particular challenges for energy conservation, the needs of parts of the province that do not have access to natural gas heating and other concerns.

No hydro-electricity program will stop poverty.  That is not the purpose of our proposed program.  However, by providing a benefit to low-income customers, we can increase efficiency and make maximum use of the dividend provided to Manitoba by our fortunate possession of high-quality, ecologically sustainable and relatively cheap hydro-power.

In earlier arguments to the PUB (2005-6), we presented evidence from energy economist Jim Lazar showing how removing subsidies to Manitoba electricity consumers from export sales could reduce electricity consumption in Manitoba while increasing societal value both through increased export revenue and decrease carbon dioxide emissions.

Download: The Creation of Social Value for Manitoba and the World through Full-Cost Pricing of Electricity: A Hypothetical Calculation

*Note: for the purposes of the PUB hearing, we presented under our old name of RCM.