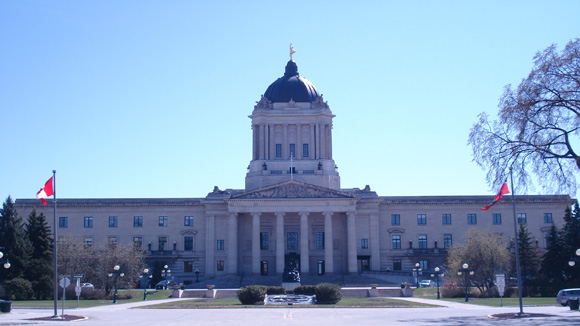 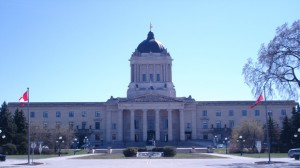 Yesterday the Manitoba Government started the Fall session with the Throne Speech.  There weren’t many surprises, and as expected the speech focused on the unpopular PST increase and how the revenue derived from it will be used to fund infrastructure around Manitoba.

Green Action Centre is very happy to see the NDP government include the ban on non-essential lawn pesticides in the Throne Speech. An outward commitment like that shows Manitobans will finally join more than half of Canadians who are already protected by similar bans on lawn pesticides.

There were some concerning omissions, however. The one that stuck out most predominantly was the lack of acknowledgement of the dire living conditions in northern Manitoba communities, predominately First Nations communities. Many communities live with a boil water advisory on a regular basis, and our government has not introduced a plan to provide all Manitobans with the most basic human need, clean drinking water. There is a lot of discussion in the speech about investing in Aboriginal education, which is of course important but may not be effective if access to clean water, food, and proper shelter are not available.

Another important issue is climate change, which the current government claims they are tackling by banning the use of coal and petroleum coke for heating beginning January 1, 2014 (coal burners are given a 3 year phase in period). Which is a good move because coal is extremely dirty, however few Manitobans use coal and petcoke for heating so this initiative could result in small gains against Manitoba’s greenhouse gas emissions, which have only been reduced to 19.5 megatonnes in 2011 from 19.7 megatonnes in 2010. This is still above 1990 levels of 18.3 megatonnes, when Canada signed on to the Kyoto Protocol to reduce greenhouse gas emissions by 6% below 1990 levels, which was enshrined in Provincial law. Of course, Canada backed out of the internationally binding agreement, and has only increased emissions since (provincial gains across Canada have been negated due to tar sands expansion). Manitoba’s largest greenhouse gas contributors are Koch Fertilizer Plant and the Brady Road Landfill (the latter which has just started capturing and burning methane gas).

Infrastructure investments are predicted to reach a record 5.5 billion. The more roads and bridges we build the more we will need to maintain them, which Manitoba does not do very well already. The only mention of active or public transportation is the support of the Southwest Rapid Transit extension and the inclusion of an extra lane in the Pembina underpass. One paragraph of active or public transportation vs a whole section on road improvements for cars. Until the active transportation gaps are filled and people on bicycles feel safe there is a lot of work to do.

“Manitoba farmers brought in their harvest, which has been one of the most bountiful ever.” But of course the projections for future harvests or capability to grow the same crops is not as optimistic when factoring in climate change.

The Manitoba Hydro dam expansion is presented as necessary in this speech. Two new dams are needed to meet increasing demands when Winnipeg’s population grows to 1 million in 20 years, and supposedly Manitoba is forecast to run out of power in 10 years. Manitoba’s energy consumption is going up 80 megawatts a year, due in part to our growing economy. To meet this increased demand Manitoba Hydro and the Provincial Government proposed building new dams, instead of increasing conservation efforts or exploring other energy sources. Only British Columbia, Alberta and Saskatchewan average more energy usage per capita than Manitoba. Ontario has more than 10 times the population of Manitoba, and their per capita use is less than Manitoba’s. Hydro electric dams are repeatedly referred to as clean but there are very real environmental and social costs associated with them.

Manitoba’s low utility rates were also presented as nothing but positive. Green Action Centre believes that these rates are not representative of the real costs of electricity generation, and higher rates would encourage energy conservation. Also, if the costs for car ownership were higher (insurance costs were mentioned in the speech) and public transportation more convenient and cheaper more people might leave their cars at home, which would be a significant effort to fighting climate change (transportation accounts for the 2nd highest greenhouse gas contributions).

Also mentioned are the “lucrative export contracts with US utilities to sell our surplus power”, which is likely a large part of the reason for the new dams to be built. Energy Minister Dave Chomiak said in June “by the time we build Keeyask, we’ll have run out of power in Manitoba. So if we do nothing, we’re going to end up importing power, dirty power, from other places,” ignoring the fact that we can reduce our energy usage or fund less destructive, environmentally friendly energy sources.  There is also concern that the potential to sell excess hydro to the South won’t happen as expected and Manitobans will be stuck footing the bill of two new dams.

Also, the Hydro developments (as well as mining) are expected to provide many jobs in Northern Communities. If the Manitoba Government incorporated actual renewable energy options like solar and wind power, jobs will still be created and new Hydro dams will not be needed. With increased periods of drought projected due to climate change, it’s very likely that relying on water levels for energy generation is not a good plan.

The Government also announced the first steps to creating a Polar Bear Provincial Park, “to protect existing and newly found polar bear dens along the Hudson Bay Coast, and better promote the area as an international destination”. Tourism is important to our economy and stay-cationing in Manitoba is a great way for Manitobans to travel. However, given the extreme strain and duress polar bears are currently under due to climate change and habitat reduction it would be better to protect the bears without the tourism. Incidents involving polar bears and people are only going to increase as their environments become closer to towns and cities and polar bears get desperate to survive. In somewhat contradictary news, the government has eased the rules for taking polar bears from the wild and placing them in zoos, citing this as a better option than destroying them when they come into contact with people.

In conclusion, the focus on growing the economy and building roads is archaic and in no way forward thinking.  Manitobans need a government that is willing to make the right hard choices for the better of ALL Manitobans, Canadians and inhabitants of this beautiful Earth.