Frontage Fees and the Winnipeg 2011 Budget 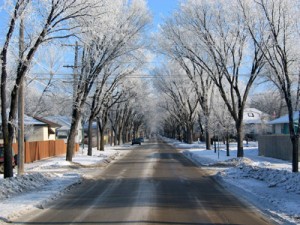 From a sustainable development perspective, there is much to criticize in Winnipeg’s recent operating budget. The increase in recreation fees comes first to mind. Green Action Centre is working with all levels of adminstration, from school boards to the Government of Canada, to get kids healthier and more active. It sends entirely the wrong message to raise the costs for swimming, skating and other recreation facilities. There must be a better way to balance the budget than putting a $900 000 tax on healthy kids.

The budget controversy that has generated the most heat in Winnipeg this year has been the increase in the frontage levy from $2.55 per foot to $3.75. This means that a typical 50 foot Winnipeg lot will see a 60 dollar jump in the frontage portion of its tax bill. For an average house in Winnipeg, this represents about a 4 per cent increase in property taxes. Significantly, this increase is twice the size of the 2 per cent that Sam Katz rejected as unaffordable in the last election.

Katz has attacked property taxes as regressive – they are not tied to income. This is only partly true. On the whole, people with more expensive houses do tend to have higher incomes. The same cannot be said about lot sizes or frontage. Lot sizes in some wealthier parts of the city are smaller than those in some poorer areas. One 1.8 million dollar mansion on the market on Wellington Crescent  has less frontage than a modest bungalow in St Charles.

Frontage levies do however have some qualities to recommend them from environmental and urban planning perspectives. Generally, houses on larger lot sizes have greater infrastructure requirements than those on smaller lots. Fewer houses share the same roads, sewers and other city services that must be maintained regardless of how many people live on a street. Frontage levies act as a tax against sprawl, encouraging developers to build denser and more walkable communities. Properly implemented, frontage levies can help shift property tax from the value of the built structures to the value of the land and the infrastructure which services it.

In doing so, frontage levies can help achieve important planning objectives. For example, some planners have argued that parking lots should be taxed according to their potential value if they were to be developed. It is likely that higher frontage levies could help achieve this objective without the complicated process of determining what the potential value of a currently undeveloped property might be.

How can we bridge this disconnection between the social inequalities created by frontage fees and their environmental and urban planning benefits? One solution is to make frontage fees themselves more progressive. There already exists a city database allocating values for each neighbourhood. Land values are already taxed differently in River Heights compared to Elmwood. There is no reason why the City could not allocate the same differential rates to frontages levies. As a start, if the City is going to raise frontage fees by an average of $1.20 per foot, this increase could be distributed among different neighbourhoods according to their land value. The lowest income neighbourhoods might receive no increase, or even a reduction in their frontage levy. Wealthier neighbourhoods could see frontage levies increase two or three dollars per foot.

Frontage levies could become at a minimum no less regressive than other municipal property taxes. But we need to be more creative about how we implement them. Unfortunately the City Charter currently requires that frontage levies be applied uniformly across the city. The City should first ask for changes to the Charter before changing the levy. Only if we use our imaginations, can our tax system help us to build a community that is more livable and sustainable.