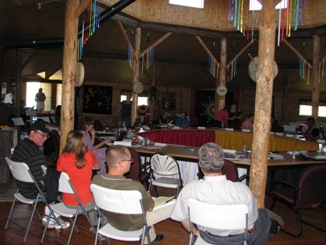 Earlier this week, I had the honour of presenting at the Turtle Lodge Roundtable on Community Food Justice. The meeting was organized by the Assembly of Manitoba Chiefs at Sagkeeng First Nation east of Lake Winnipeg. It brought together experts from various fields and traditions to build a path for re-establishing and reasserting indigenous food sovereignty in Manitoba.

One of the things we heard repeated at the meeting was that “food is sacred”. Aboriginal Canadians understand instinctively the dangers that lurk in genetically engineered foods – that the natural building blocks of life should not be tampered with. Their traditional food systems were built on respect for nature. 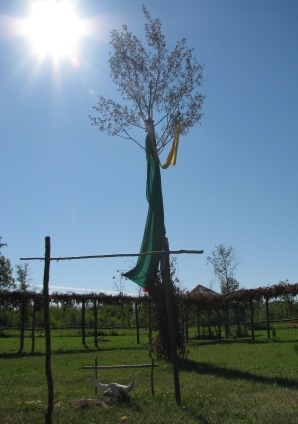 First Nations communities have a deep historical and spiritual relationship to food. That relationship is under threat: from the loss of traditional foods and knowledge; from the poverty that has been created by centuries of colonial interference; and from corporations that profit from the introduction of unhealthy, processed and genetically engineered foods into First Nations communities.

Fresh food from the urban South is often of low quality and unaffordable, especially in isolated and Northern communities. In some places a head of lettuce can cost up to $8, and may already be rotting. Young people too often turn to potato chips and pop as food staples. The result has been that food insecurity in many communities is tragically high. High rates of diabetes, obesity and kidney disease among children as young as four have been documented.

Many communities are now making strides towards taking back control over their own food systems. Hunting skills are being passed on to new generations. Storage facilities are being built to help increase opportunities for sharing and self-reliance. Gardens are now blooming in communities where they had not been grown for decades.

First Nations communities have the power to take back their food sovereignty. Food sovereignty will mean that they will assert their ability to feed themselves sustainably, in consideration of future generations, of the environment and of the whole health of their communities. When they do, they will once again lead a path for all Canadians to follow.

Learn more about the concept of food sovereignty at Food Secure Canada.