Experimental Lakes Area in peril: speaking out against cuts to science 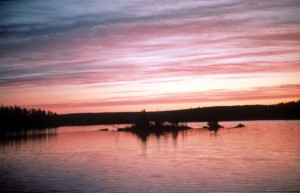 Canada’s understanding of the environment took a heavy blow last month when the federal government announced that it would cut the Experimental Lakes Area program next spring. On Tuesday, June 5, more than 200 concerned citizens came out to a public forum organized by Green Action Centre and the Green Action Committee of the First Unitarian Church to hear from scientists about what the closure would mean for Canada’s environment.

The ELA has been a world-leading centre of freshwater research for over 40 years. It is the only place on earth to conduct whole ecosystem research on relatively pristine natural lake ecosystems on such a large scale. Over a thousand research papers have come out of the facility, including ground breaking research on blue green algae, acid rain, mercury, and fish farming. Important investigation of the environmental impacts nanoparticles was set to begin next year when the cuts were announced. The results of the research were not always things that industry and government have wanted to hear, but blindfolding ourselves to environmental risks will only worsen the problems we face.

At the forum, Save ELA chair, Diane Orihel announced that a group of world leading scientists has written an open letter to Prime Minster Stephen Harper asking him to rescind his decision. So far thousands of Canadians have signed petitions calling for the reinstating ELA funding. Government would be wise listen to this outpouring of concern.

Download a copy of the petition to Save ELA.