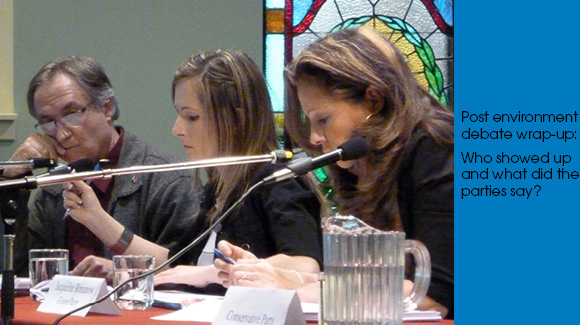 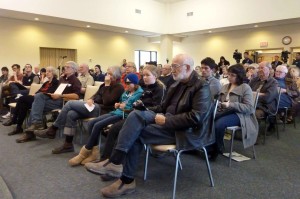 “We sent invitations to every Conservative candidate in Manitoba. It is a disappointment for us as organizers that they did not attend. More so, it is a letdown for voters and for the environment that they were unwilling put forward their platform on these crucial issues,” said Green Action Centre’s Josh Brandon, one of the event organizers. 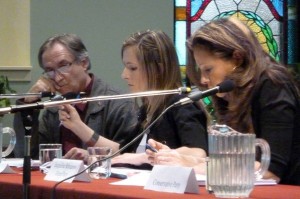 In their opening comments, the Green candidate promised to turn Canada into a “green energy superpower”. The NDP, if elected, would focus on phasing out subsidies to oil. The Liberals would create a green energy tax credit. Later in the debate, all unwaveringly pledged to report and reduce greenhouse gases from the military. Some sharp differences among the candidates emerged on genetic engineering, nuclear power, water, and parks and protected areas.

Debate among the candidates was respectful and civil with many areas of shared agreement among the three candidates.

The event was organized by Green Action Centre, the Manitoba Eco-Network, the Green Action Committee of the Unitarian Church and the Provincial Council of Women of Manitoba and moderated by CJOB’s Richard Cloutier.

The full video of the debate is available on youtube.

Food Policy Project is a resource developed by Food Secure Canada to raise food issues at the federal level.