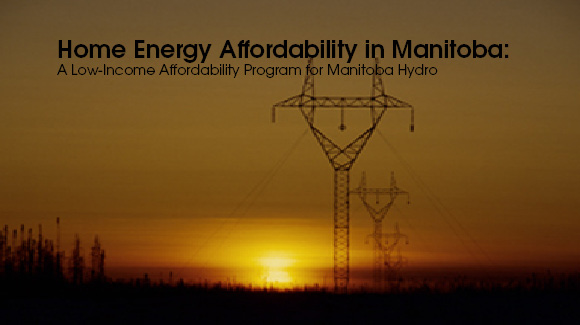 The Winnipeg Free Press ran a series of articles (and here) and an editorial last week devoted to Green Action Centre and Time to Respect Earth’s Eco-system’s joint submission of evidence on affordable energy for low income Manitobans. The report, authored by North American energy expert, Roger Colton, was delivered to the Manitoba Public Utilities Board (PUB) last fall. It has since generated comment on a few Manitoba-based blogs, as well as wider public interest in the report. We believe that the discussion is useful, but so far understanding of our proposal has been limited and marred by several errors of fact. We would like to clarify some of these misconceptions to foster more fruitful discussion on affordable energy policy in Manitoba.

Some of our supporters are concerned that lower energy rates for low income households will promote a waste of valuable resources. One of the basic principles of environmental economics is that many natural resources are already priced too low, and this discourages conservation. We recognize and support this principle.

In fact, we recommend the same rate for all users. Our energy affordability program proposes:

Under this program, low income households would have the incentive and opportunity to increase conservation as the benefit is fixed based on previous usage rates. Manitoba Hydro and all its customers would benefit as the credit could be reduced over time, taking into account reduced consumption as a result of conservation measures already taken. This program would be of assistance to the tens of thousands of Manitoba households who face crushing energy bills.  Too many households face the choice between food and medicine and heat when energy bills are too high a per cent of their income.

We have also proposed an inverted rate structure so that the cost for energy beyond a basic level is increased. Manitoba Hydro already uses a moderately inverted rate, charging more for consumption in excess of 900 kilowatt hours (kWh) per month. We would like to see a sharper inversion, and a smaller first block of energy.

Currently, all Manitobans receive energy at below the cost of its production, and cheaper than almost anywhere in North America. Our electricity is subsidized by the profits from exports to the US and other markets. It is a legitimate question to ask how those profits should be distributed. The PUB and Manitoba Hydro have come to recognize that subsidizing every kWh of electricity for unlimited consumption is a bad idea, because it works against efficiency and conservation and allows the biggest users to impose costs on others. Such rates are also inequitable, because those who consume more grab a larger portion of Hydro’s export earnings – the biggest piggy gets the most slop. Why should the largest users be subsidized more than the poor, for example, in the setting of just and reasonable rates?

Our proposals show how to bring down the energy burden of low-income customers to affordable levels while (a) preserving the same marginal price incentive to conserve that others face and (b) having them pay more of their bills than otherwise, i.e. less write-offs, as well as creating savings in collection, disconnection and reconnection costs. When bills are affordable rather than hopeless, responsible bill paying increases. This is part of the business case for making low-income bills affordable.

Myth 3: The Public Utilities Board is not responsible for social policy

Affordable energy and conservation are already matters of public policy. It’s the Public Utilities Board’s job to set just and reasonable rates taking into account many considerations including what they consider relevant policy. Several important public policy initiatives, including existing Manitoba Hydro low income programs are already regulated by the PUB. Green Action Centre and TREE’s aim is to improve on programs within the existing structure. This is why we are involved in the PUB hearings.

Another example of a policy question before the PUB, which has so far not attracted the attention of media or the bloggers, is whether or not to make permanent billing reductions made in 2009 to Manitoba Hydro’s largest industrial customers to help them through the recession.

The PUB is informed in its deliberations by extensive evidence, questions and answers, and arguments covering all aspects of Manitoba Hydro’s operations. A number of groups and organizations are interveners and several have expert witnesses to ensure that the PUB is able to make the best decisions possible in the interest of all Manitobans. Roger Colton’s report on energy affordability is part of that evidence.

Myth 4: Social welfare is not an environmental issue

Some have questioned why Green Action Centre is getting involved in social equity issues and not sticking to strictly environmental issues. Several of the fundamental principles of our organization include recognition of the interrelation between social and environmental sustainability. Green Action Centre believes all sectors of society have a shared responsibility to preserve and protect our environment such that the needs of present and future generations are met. This formulation reflects the definition of sustainable development first coined by the 1987 Brundtland Commission report, Our Common Future.

Practically, it is impossible to ensure environmental sustainability so long as sections of our society are left out of the equation. The environmental movement suffered significant setbacks in the past when it forgot this basic principle. Conserving forests without considering the impacts this would have on logging communities, or bans on certain forms of hunting without working for alternatives for families who have known nothing else for generations has led to backlash against the environment and prevented progress towards positive solutions. Only by working together can we build a society of lasting prosperity on the principle of living green, and living well.

Finally one further factual note: in Bruce Owen’s January 15 article in the Winnipeg Free Press, he listed Roger Colton our lawyer. In fact, we commissioned North Carolina Social Security lawyer as a renowned expert on affordable energy policy in North America. Our lawyer in the PUB hearings is Bill Gange of Winnipeg.